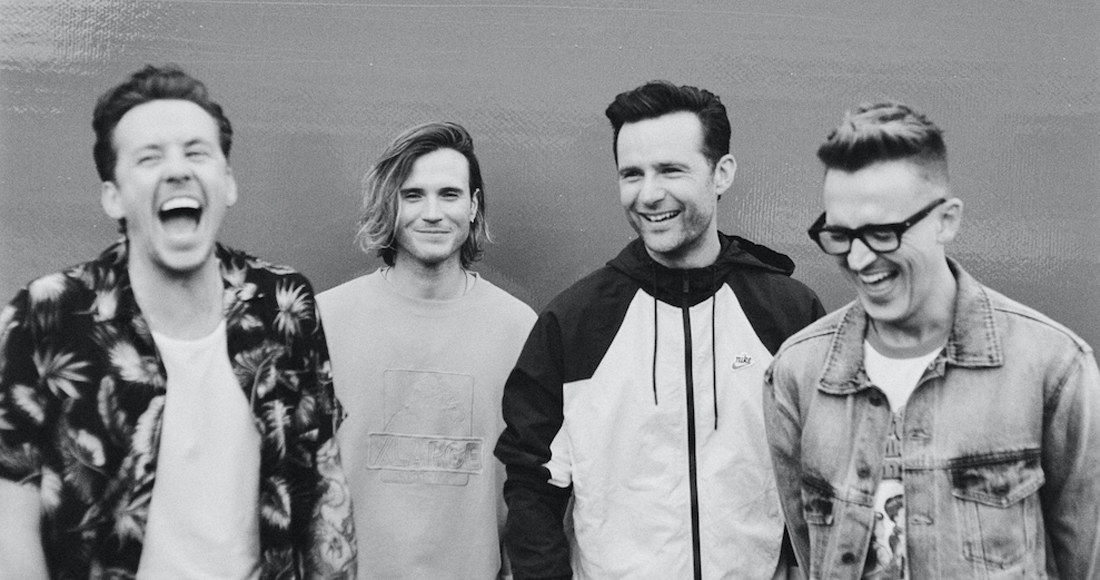 McFly have announced details of their comeback album and new single.

Tom, Danny, Dougie and Harry return with their new single Happiness this Thursday (July 30). The song heads up their new album Young Dumb Thrills, which follows on November 13 - their first full-length album in ten years.

The band's album is described as "naturally and quintessentially us"; an extension of their classic pop-rock sound updated for 2020.

"I think the break we had from one another made all this fresh again – it made it really exciting," Danny said.

"There was a new vibe and open-mindedness to it all, and recording near our homes gave us so much freedom – it didn't matter if someone had to leave for the day, which meant we didn't overthink anything too much. Recording just became part of our lives."

Discussing lead track Happiness, which features a samba sample and carnival-inspired production inspired by their huge following in South America, Tom Fletcher said: "This song was always the clear choice to come back with - as soon as we wrote Happiness, it kind of defined where the rest of the album went."

The news is out. We’re bringing you some McFLY HAPPINESS this Thursday! That’s right, it’s actually happening! You can listen to our new single HAPPINESS and pre-order the brand new @mcflymusic album YOUNG DUMB THRILLS from Thursday. I can’t tell you how awesome it feels to be sharing this. The fact that we are together and releasing music THIS WEEK and finally bringing out a new studio album this year makes me genuinely happy. It’s like how Han and Chewie must have felt stepping back on board the Falcon...guys, we’re home! #mcfly #happiness Repost @mcflymusic ・・・ There's no going back now... 'Happiness' will be the first single from our brand new album "Young Dumb Thrills" Listen to Happiness and pre-order the album from Thursday the 30th July! #GalaxyDefenders where you at?! 🚀 👉Link in bio

McFly launched in 2004 with their Number 1 debut single 5 Colours In Her Hair. They notched up a further six chart-topping singles, plus two Number 1 albums with Room On The Third Floor (2004) and Wonderland (2005). View McFly's Official UK Chart history in full here.

MORE: Acts with the most Number 1 singles in the UK, including McFly

The band embarked on solo projects in the early 2010s, including Harry Judd's winning stint on Strictly Come Dancing and Tom's hugely successful branching out into writing children's books.

In 2014 McFly teamed up with fellow pop-rock boyband Busted to form McBusted, scoring a Top 10 album, Top 20 single and embarking on a massive arena tour.