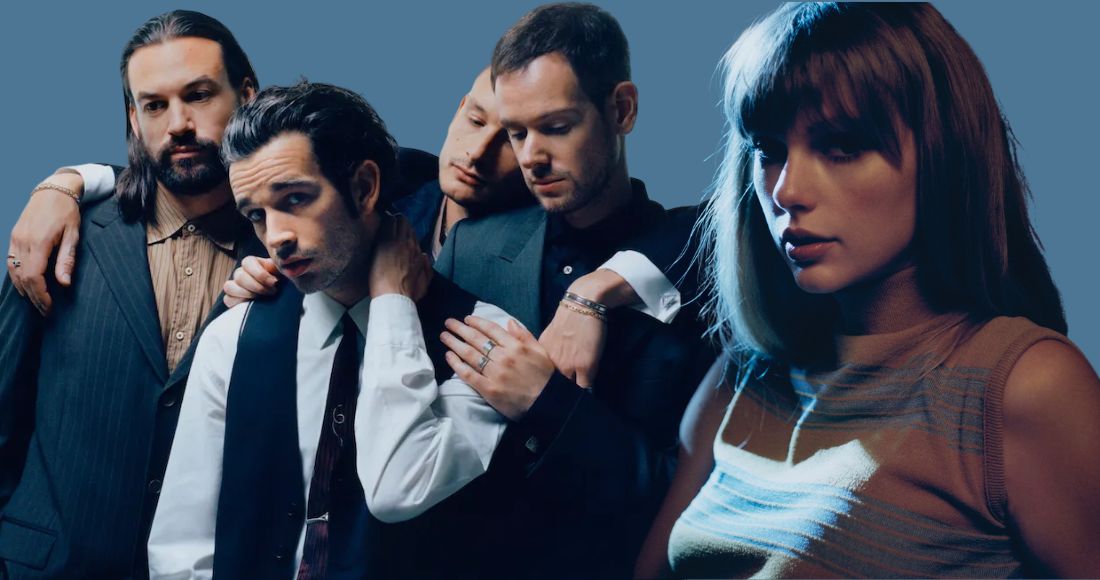 Matty Healy has revealed that The 1975 actually worked on songs for Taylor Swift's Midnights albums that were scrapped for its eventual release.

Both artists have been rumoured to collaborated with each other for years, but the news has always been denied by Healy, but now it seemed they did actually link-up, sadly to no avail.

The connecting tissue here is producer du jour Jack Antonoff, who helmed both Midnights and The 1975's latest record, Being Funny In A Foreign Language.

Speaking at Kroq's DTS Sound Space, Matty - who is currenrly on a headline-making world tour with the band - said that it all started when Taylor heard snippets of the band's work with Antonoff in the studio.

what i’m hearing is that taylor swift ft the 1975 exists but i’ll never get to hear it pic.twitter.com/t9n92Sy6BB

"She heard bits [of the new album] through Jack," Matty said, and when asked if Taylor had returned the favour by playing the boys some of her new songs, his answer surprised many in the audience.

"We actually worked a bit [on Midnights]," Matty revealed. "But [that version] of the new album never came out."

Don't worry, though, it seems like it's all love between the two, Matty went on to say that "the reasons [for Taylor not using the material] are not to be criticised. She's amazing."

In actual fact, both Taylor's Midnights and The 1975's Being Funny In A Foreign Language ended up debuting at Number 1 on the Official Albums Chart, with Midnights going on to become the big superstar release of the year, earning Taylor the rare Official Charts Double and her longest-running Number 1 single in the UK with Anti-Hero to boot.

With its own debut at the top of the Official Albums Chart, Being Funny In A Foreign Language gave The 1975 their fifth consecutive UK Number 1 album, meaning now that they've become one of the increasingly rare acts with all their studio albums managing to reach the top of the chart here in the UK.