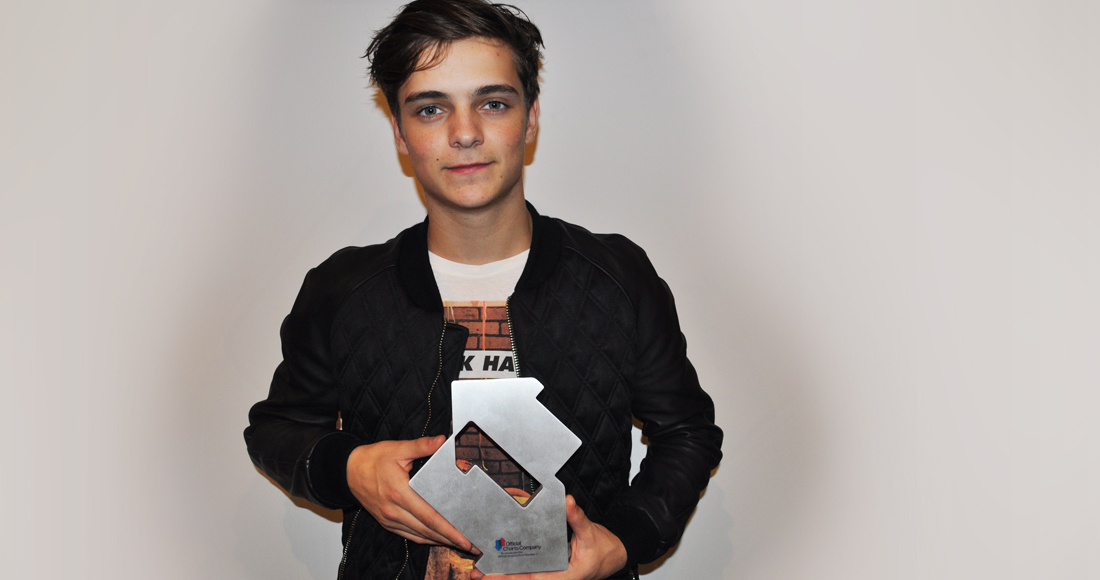 17-year-old DJ Martin Garrix chats about keeping Lily Allen’s Somewhere Only We Know off the top of the Official Singles Chart last month with his debut smash, Animals.

The track, which was already a Top 10 hit right across the continent at that point, sold nearly 106,000 copies in its first week of release, and denied Lily Allen’s cover of Keane’s Somewhere Only We Know (which was also released that week) the Number 1 spot. And did we mention he’s just 17-years-old?!

“I didn't expect this success at all!,” Martin told OfficialCharts.com at the time. “I made Animals as a club record and seeing it chart so high worldwide and especially a Number 1 in the UK was really beyond my expectations. I will definitely celebrate this with my parents, friends and at school!"

Sadly, Martin was not in the country the week Animals hit the top spot on the Official Singles Chart, so we were unable to present him with his Official Number 1 Award for the track in person. However, during a stop-over in London last week, we asked the Daily Star’s Playlist Editor, Kim Carr, to do the honours.

“It was crazy,” says Martin. “When I found out, I couldn’t believe it at first. It started with the midweek chart – my team were getting ready to celebrate Animals entering very high in the Chart, and suddenly we entered at Number 1!”

You can watch the full interview below:

Martin also reveals his track of 2013, why he performs under a stage name, and how difficult it can be DJing at some of the world biggest clubs when you’re not actually old enough to legally be in them!