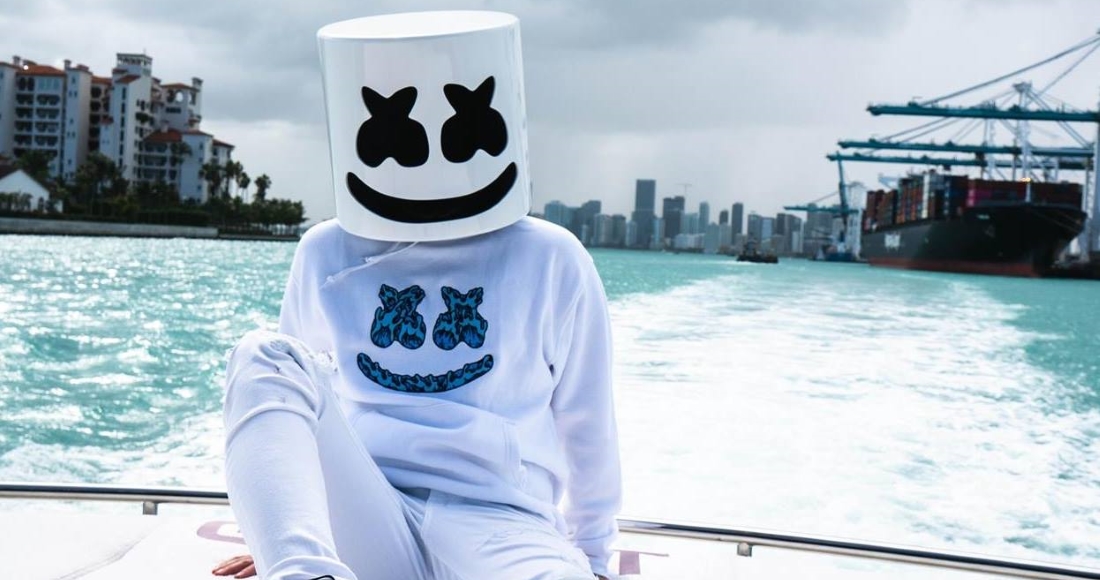 You may never know what Marshmello looks like, but you certainly know what his music sounds like.

The American producer, despite his anonymity, has made quite a name for himself over the past few years thanks to a series of star-studded collaborations with stars such as Khalid, Selena Gomez and Anne-Marie.

His latest single, the wistful Leave Before You Love Me with the Jonas Brothers, has most recently become his eighth UK Top 40 hit, rising so far to Number 28 on the Official Singles Chart.

With the song looking to become something of a sleeper hit following its debut in May of this year, we've collated the DJ's Top 10 biggest hits on the Official Chart.

At fifth place is the gloomy Here With Me, a team-up with Scottish pop group CHVRCHES.

Streamed 89 million times while hitting a high of Number 9 on the Official Singles Chart, it proves having Marshy in your phonebook can be handy as it gave CHVRCHES their first Top 10 UK single to date.

Peaking at Number 4 on the Official Singles Chart in 2018, Friends has accumulated 1.43 million chart sales in the UK, and has been streamed over 168 million times.

Taking the top spot as Marshmello's most successful track on the Official Singles Chart is Happier, featuring British alt-pop band Bastille. Peaking at Number 2 in the UK, it is Marshmello's highest-charting single and also equals the peak of Bastille's iconic 2013 banger Pompeii.

Happier has accumulated chart sales totalling 1.62 million, as well as a combined 200 million streams from the British public. It is also Marshmello's most-streamed video, with 34 million views.

Discover the full Top 10 below, including collaborations with Khalid (Marshmello's most-downloaded track with 148,000 sales), Selena Gomez, Halsey and a posthumous hit with late rapper Juice Wrld.