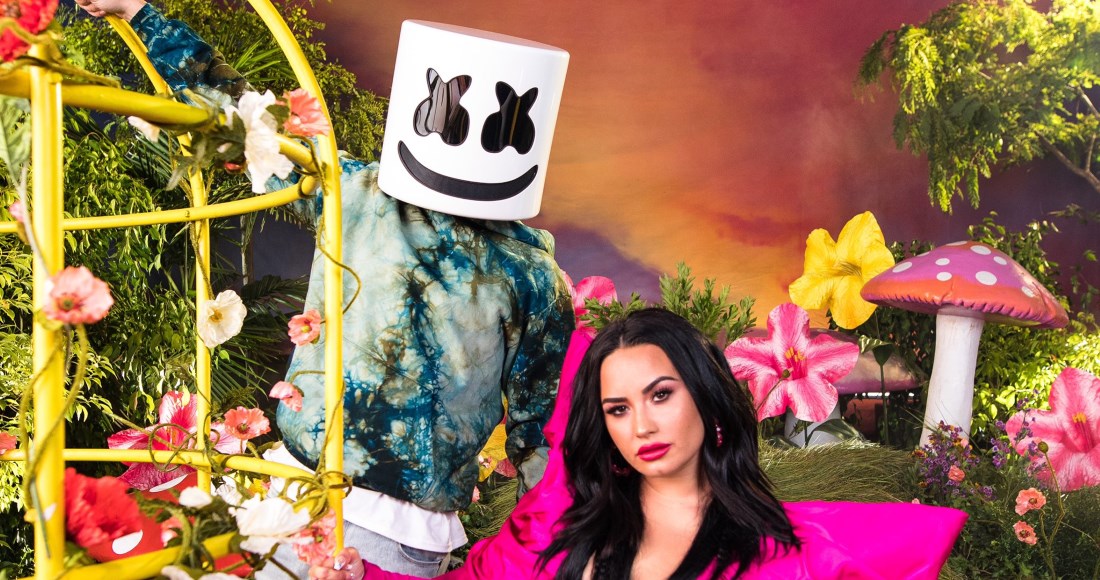 Marshmello and Demi Lovato are set to break into the Top 40 of the Official Singles Chart this week with new single OK Not To Be OK.

The duo teamed up to release the new dance-pop anthem to coincide with World Suicide Prevention Day (September 10) last week.

Now, they seem primed to earn a big debut this week, currently landing in at Number 35 on the Official Singles Chart Update.

Speaking on the release of the single, Hope for the Day founder Jonny Bouche said Marshmello and Demi's collaboration could "break the stigma around mental health on world suicide prevention day.

“Hope for the Day’s work in suicide prevention and mental health education thrives when we collaborate with others and what better than two of the largest artists in the world to work with on a track that reminds everyone, it’s OK not to be OK."

As it stands, OK Not To Be OK is set to become Marshmello's eighth UK Top 40 hit, while it would be Lovato's 14th.

Bucket-wielding DJ Marshmello has found success over the past several years in high-profile collaborations with stars such as Selena Gomez, Khalid and Halsey.  His biggest hit so far, Happier with Bastille, was one of the biggest songs of 2018, peaking at Number 2 in the Official Singles Chart.

OK Not To Be OK could also add to an impressive tally for Cool For The Summer chanteuse Demi, following I Love Me and I'm Ready with Sam Smith to be her third UK Top 40 single of 2020. View Demi Lovato's 20 biggest songs on the Official Charts here.

Elsewhere in the Official Singles Chart, its looking like Cardi B and Megan Thee Stallion's time at the top could be challenged as 24KGoldn and Iann Dior's Mood is taking on WAP for the Number 1 position.