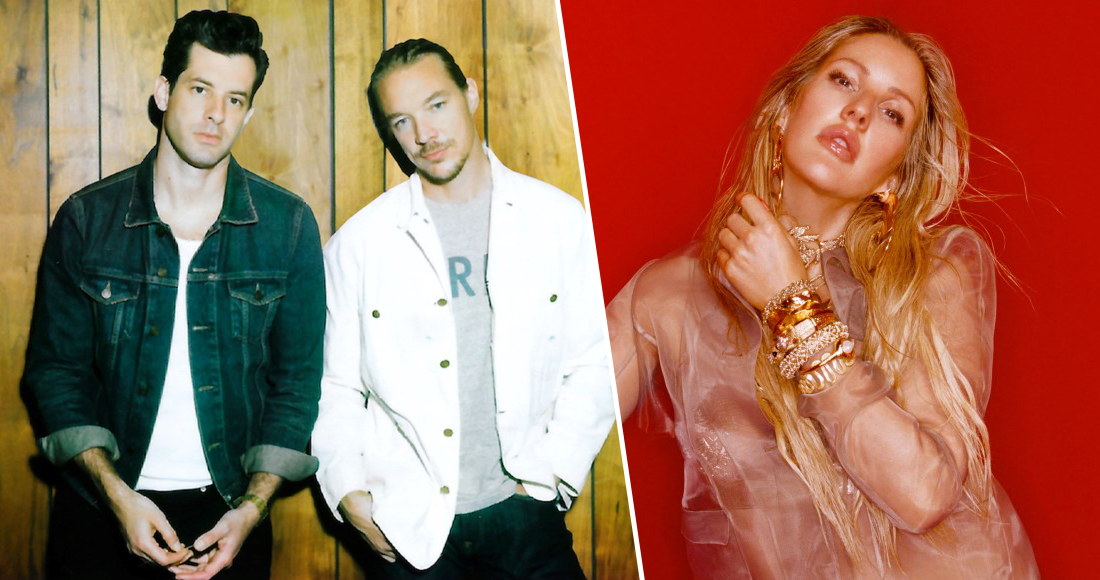 It appears that Mark Ronson and Diplo will be releasing a new single with Ellie Goulding somewhere down the line.

Diplo shared a video of himself and Mark in the studio on his Instagram story, captioned with "new Silk City??" alongside GIF text that read "it's been a while". Music playing in the video that Mark is listening back to seemingly features Ellie's distinctive vocals.

Silk City is of course Mark and Diplo's project together which scored a Number 4 hit Electricity with Dua Lipa back in September 2018.

#NEWS @diplo posted a snippet on his Instagram story of a song, with a female voice sounding VERY similar to @elliegoulding 👀✨ This could possibly be a new collab that was mentioned previously. pic.twitter.com/3AHeh0pC9V

The potential collaboration - should it see the light of day - would mark the first time Ellie and Mark have released a song together. Ellie has previously worked with Diplo on her UK Top 20 single Close To Me. Diplo is also a special guest on Ellie's upcoming livestream concert The Brightest Blue Experience.

Diplo's teaser video follows comments by the marketing director at Ellie Goulding's record label Polydor that there could be "a few clever collaborations coming later in the year" from the British singer. Could this be one of them?

2020 has been a successful year for Ellie who recently scored her third UK Number 1 album Brightest Blue, which helped her become one of only 20 female artists to claim three or more UK Number 1 albums.