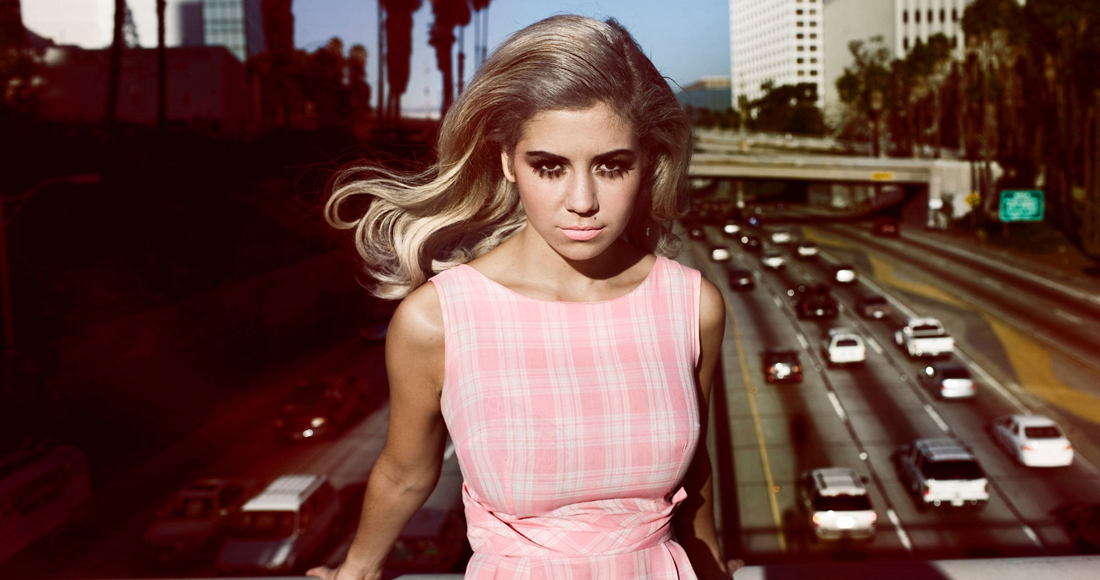 Marina Diamandis, AKA Marina And The Diamonds has scored her first Official Number 1 album.

The news will certainly cheer up Diamandis who was forced to postpone her upcoming UK tourearlier this week after being advised by doctors to rest her voice or risk permanently damaging her vocal chords. Marina And The Diamonds’ debut album, The Family Jewels, peaked at Number 5 when it was released in 2010.

Marilyn Manson scores his sixth UK Top 20 album with Born Villain. The record, which is the US shock rockers first release since parting ways with major label Interscope, features a guest appearance by Johnny Depp; the Pirates Of The Caribbean star plays guitar on a cover of Carly Simon’s Number 3 1972 hit, You’re So Vain.

Elsewhere, Mystery Jets are the only other new entry in this week’s Official Albums Chart with Radlands (Number 40). Pop heroes Steps who have been busy stomping their way around a UK arena tour this month, are today’s highest climbers, bouncing 32 places to Number 32 with The Ultimate Collection.

Marina and The Diamonds - Primadonna on MUZU.TV.