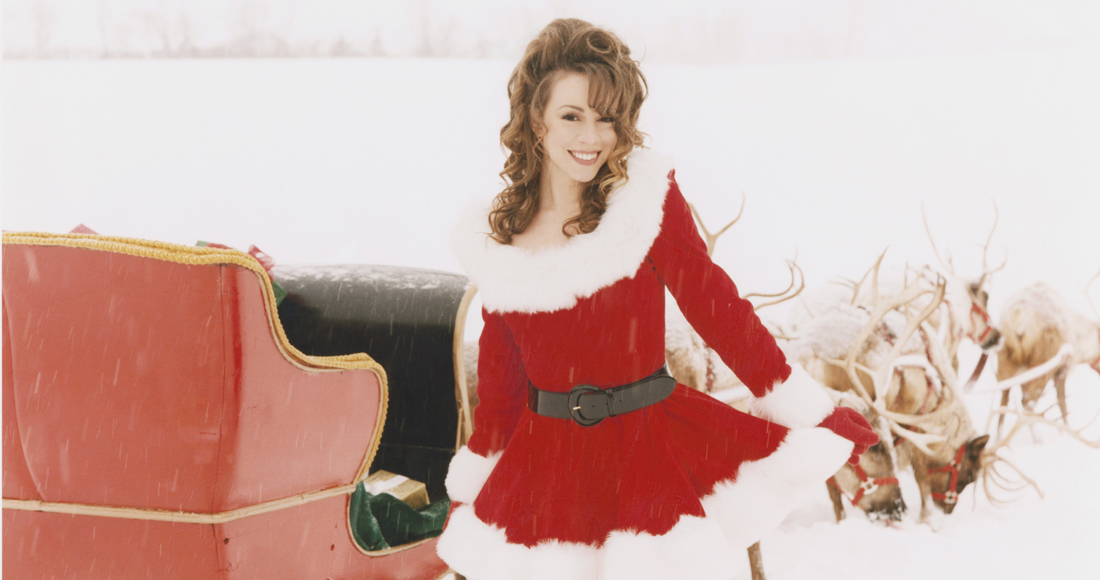 It's not Christmas until Mariah Carey says so; and her festive staple All I Want For Christmas Is You is set to re-enter the Official Singles Chart Top 40 this Friday (Nov. 29).

The track is on course to land back in the Top 40 for a thirteenth consecutive year - that's every year since 2007. AIWFCIY appeared back in the Top 100 earlier this month, landing at 77 and climbing to 59 on last week's Official Chart.

In the latest sales flash today (Nov. 25), based on sales and streams compiled by the Official Charts Company, the song is up another 20 places to Number 39.

This year marks 25 years since Mariah released AIWFCIY, where it peaked at Number 2, losing out on the Official Christmas Number 1 to East 17's Stay Another Day.

The song has never reached Number 1 but did peak at Number 2 again in 2017 and 2018. Could this be the year it goes all the way? Look at this year's Official Christmas Number 1 contenders in full.

To celebrate its 25th birthday, Mariah has reissued her Christmas album and is releasing the single on cassette CD, 7” and 12” formats. A new version of the music video featuring previously unseen footage (watch above) has also been released to help boost its streaming numbers even further.

Mariah leads the way when it comes to Christmas classics re-entering the Official Singles Chart. In today's sales flash, four more festive staples appear in the Top 100: Wham's Last Christmas at 49; Pogues' Fairytale of New York at 75; Band Aid's Do They Know It's Christmas at 84; and Michael Buble's It's Beginning To Look A Lot Like Christmas at 97.

Look back through every Official Christmas Number 1 single below: