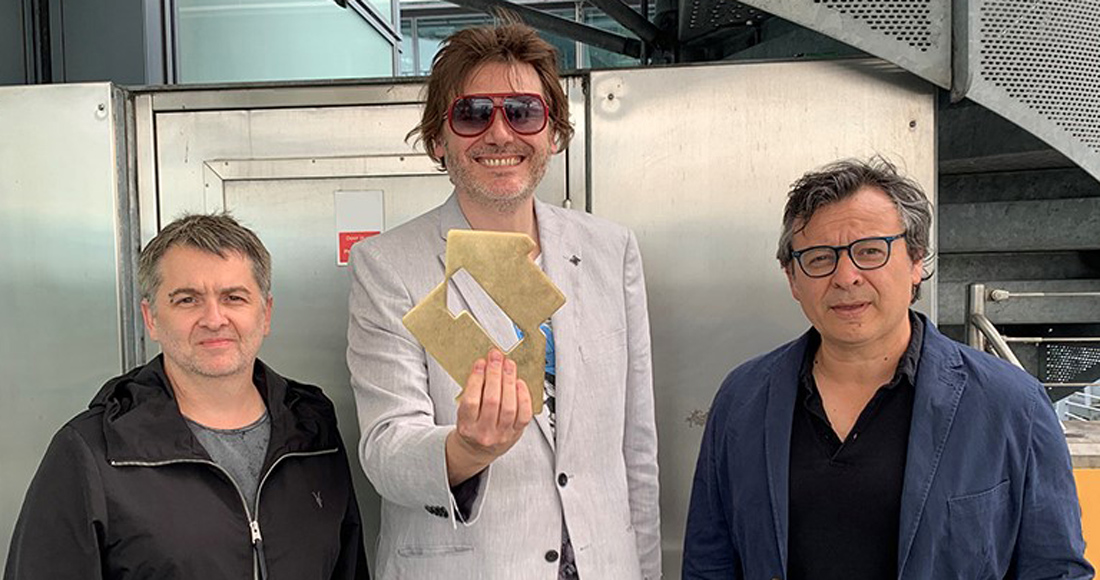 Manic Street Preachers win a close battle for Number 1 on the Official Albums Chart after a nail-biting race against Steps all week.

The Welsh rockers earn their second chart-topper with their 14th studio collection The Ultra Vivid Lament, picking up 27,000 chart sales. It means Steps settle for second place with What The Future Holds Pt 2, the group’s fourth album to land in the runner-up slot.

Celebrating the news, Manic Street Preachers told OfficialCharts.com: "It's amazing to be back at Number 1 after 23 years – it was a titanic chart battle and we are absolutely over the moon. Thanks to all our fans, supporters and Sony for keeping the faith."

The chart battles echoes their tussle for the top spot back in 1998, when Manics’ This Is My Truth Tell Me Yours beat Steps’ Step One to Number 1 by a hefty 95,000 sales. The margin is considerably closer this time, with just 2,000 chart sales separating them.

91% of Manics’ chart sales were physical, including 6,300 copies on vinyl, meaning it takes the top spot on the Official Vinyl Albums Chart.

Last week’s Number 1, Drake’s Certified Lover Boy, drops to Number 3, while two more new releases land in the Top 5. The Stranglers’ Dark Matters enters at 4, the Surrey rockers their first Top 10 since 1990, and The Vaccines land at 5 with Back In Love City, their fifth consecutive Top 5 record.

Elsewhere in the Top 10, a 30th anniversary reissue of Metallica’s 1991 self-titled album is new at Number 8, and Grammy-winning country/pop star Kacey Musgraves claims her second UK Top 10 album with star-crossed at 10.

Alt-dance band Saint Etienne open at 14 with their 10th studio album I’ve Been Trying To Tell You – their highest-charting album in 27 years, since 1994’s Tiger Bay. Australian rock band Amyl & The Sniffers enter at 21 with Comfort To Me, and US indie band Low start at 23 with Hey What.

Further down, ska band Death Of Guitar Pop land at 24 with Pukka Sounds; a deluxe edition of Marillion’s 1978 album Fugazi is new at 25; prog artist Steve Hackett opens at 31 with Surrender Of Silence; Trapo by London drill artist K-Trap enters at 33.