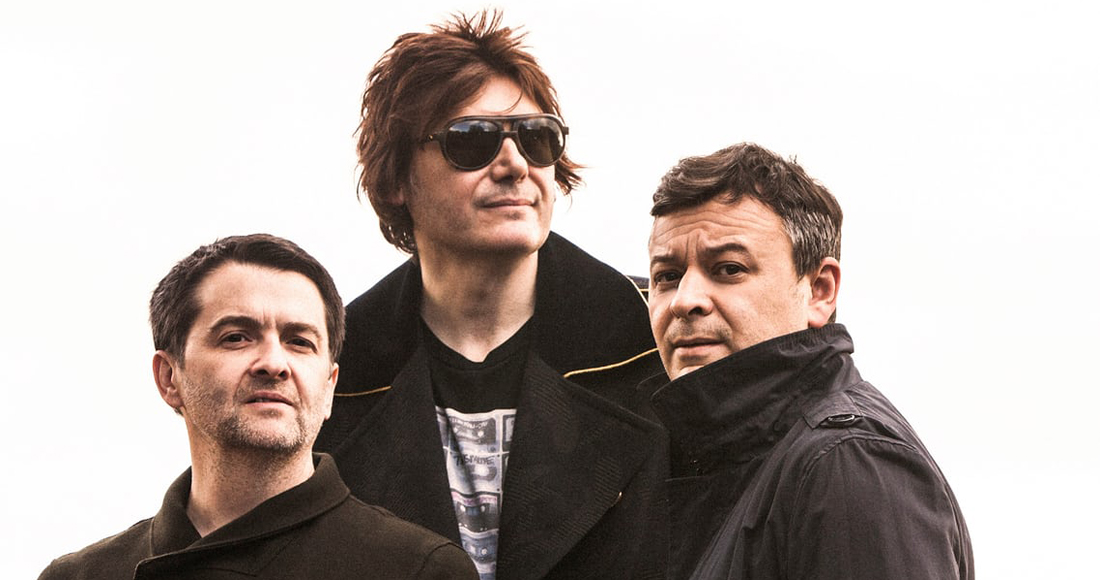 Originally forming in Blackwood, Caerphilly in the South Wales Valleys in 1986, the band (made up now of James Dean Bradfield, Sean Moore and Nicky Wire after the exit of Miles Woodward and the still-unsolved disappearance of guitarist Richey Edwards in 1995) were a core component of the Cool Cymru movement that emerged out of Wales in the 90s, inspired also by the emergence of bands like Catatonia and the Stereophonics.

With two UK Number 1 singles (If You Tolerate This Your Children Will Be Next and The Masses Against The Classes) and one Number 1 album (1998's This Is My Truth Tell Me Yours) the Manics have continued to make music well into their 30th year as a band.

You can view the Manics' full Top 10 below. Before that, let's dive in to the Top 5.

The last album recorded with Richie Edwards before his disappearance in 1995 (his body has never been found and he was legally declared dead in 2008) is considered by many to be reflective of the rhythm guitarist's state of mind at the time. With most of the tracks written by Edwards, The Holy Bible is a deeply reflective, at times disturbing record. Critically acclaimed for its weighty political themes and rumination of human suffering, the album has shifted a quarter of a million units to date.

Generation Terrorist really is a bold, provocative title fitting for a debut album. Long-awaited by critics following the success of their 1991 single Motown Junk, the band themselves predicted Generation Terrorists would be the greatest debut rock album of all time and shift 16 million copies worldwide. While those lofty expectations weren't quite met, it did set the band up for a decades-long career that is still continuing.

Released as both an album and a DVD, the Manics' first-ever greatest compilation included three singles that had never appeared on earlier albums, the most notable of which was The Masses Against The Classes. In 2000, it was released as a limited-edition single, and then removed from wholesale supply and deleted on the same day. Despite this, it still managed to debut at the top of the Official Singles Chart. #ChartFact: Forever Delayed is the band's most-streamed and downloaded album.

2. This Is My Truth Tell Me Yours
Official Chart peak: Number 1
UK chart sales: 1.06 million

The band's first - and so far only - Number 1 album in the UK, This Is My Truth Tell Me Yours found the Manics experimenting away from their earlier hard-edged rock sound. This was a noticeable shift since it was also the first album to not feature lyrics from Richie Edwards, with writing duties now taken up by Nicky Wire.

As further proof of their newfound mainstream success, the album's lead single If You Tolerate This Your Children Will Be Next hit Number 1 on the Official Singles Chart too, after a hotly-contested chart battle with Steps, whose new album Manics' coincidentally goes up against this week. This makes the Manics a rare Welsh chart-topper act.

Released at the height of Britpop, Everything Must Go is (despite not topping the Official Albums Chart), the Manics' most successful album in the UK. With chart sales in excess of 1.12 million, its physical sales just edge ahead of those of This Is My Truth Tell Me Yours, and its left a bigger impression on streamers too.

The first album released following the disappearance of Richie Edwards (but containing tracks that had been written by the guitarist prior) it also announced a shift in sound and tone. Critically acclaimed upon release, Everything Must Go was nominated for the 1996 Mercury Prize and at the 1997 BRIT Awards ceremony, in which the band took home gongs for Best British Album and Best British Group.