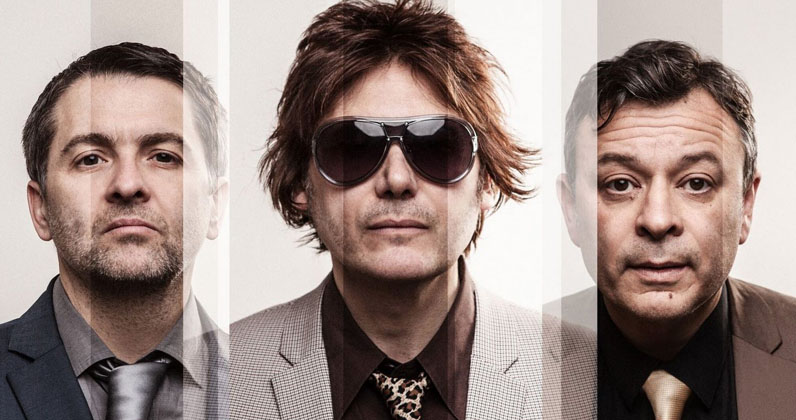 The Manic Street Preachers could be making a glorious return to the top of the charts this week as their new album, Resistance Is Futile, leads this week's Official Albums Chart Update.

The Welsh trio's 13th studio album - a project they describe as inspired by "the frightening evolution of social media" - is currently at Number 1 in the latest sales flash, just over 4,000 combined sales ahead of their closest rival, The Greatest Showman soundtrack at 2.

The band last's and only album to top the UK chart was 1998's This Is My Truth Tell Me Yours, which featured the Number 1 single If You Tolerate This Your Children Will Be Next. Revisit all of The Manics’ singles and albums and where they charted in the UK.

Last week's Number 1 album, Kylie Minogue's Golden, slips to 3, and British punk rockers The Damned could claim their first ever Top 10 album this week with Evil Spirits, currently at 5.

Dua Lipa's self-titled album is set to return to the Top 10 as she tours the UK this week, up three to 8, a 21st anniversary reissue of Gary Barlow's debut album Open Road is at 10, and A Real Labour Of Love ft. Ali, Astro and Mickey rebounds 32 places to 11.

Further down, a reissue of Metallica's $5.98 EP - Garage Days Re-revisited is new at 12, US rockers Breaking Benjamin start at 13 with their sixth album Ember, the self-titled debut from Londoner Isaac Gracie is at 15, and a new David Bowie collection, ChangesTwoBowie, is at 16.

Elsewhere, a new Tina Turner greatest hits is at Number 32, US musician Josh T Pearson opens at 37 with The Straight Hits, and American a cappella group Pentatonix are at 40 with their latest record PTX PTS Top Pop - Vol. 1.