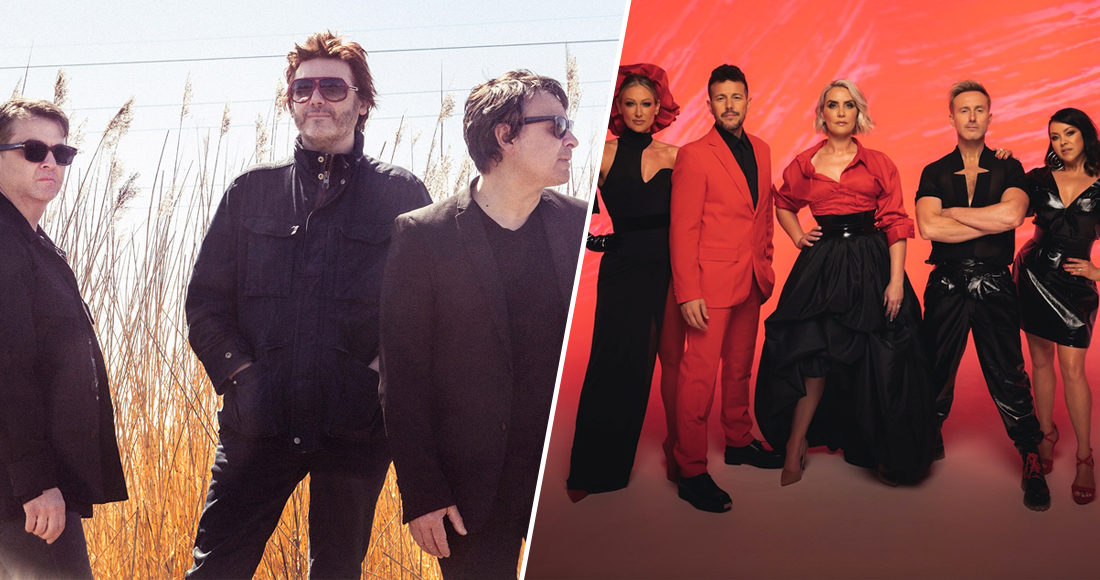 Two 90s chart rivals are once again battling it out for the top spot on the Official Albums Chart, as Manic Street Preachers and Steps face off for the UK’s Number 1 album.

In September 1998, Manics’ This Is My Truth Now Tell Me Yours beat Steps’ Step One to the top spot by a huge margin of 95,000 sales. Fast-forward 23 years and the gap between them is much closer, with just 3,000 chart sales separating the Welsh rockers and pop purists.

Meanwhile, Steps currently have the most downloaded album of the week with their seventh studio album What The Future Holds Pt. 2. The record is on course to become their third consecutive Number 2 album since their comeback four years ago, matching the peaks of Tears On The Dancefloor (2017) and What The Future Holds (2020).

Punk rock legends The Stranglers are in at Number 3 with Dark Matters, their first album in nine years. The set, their first since the retirement of drummer Jet Black and death of keyboardist Dave Greenfield, is on track to be their highest-charting album in 43 years since 1978’s Black & White.

The Vaccines are pacing towards their fifth consecutive Top 5 album with Back In Love City (4), last week’s Number 1 Certified Lover Boy by Drake falls four places (5), and Metallica’s self-titled fifth studio album – known as The Black Album – is in pursuit of a return to the Top 10 for the first time since 1991 following a reissue which includes a companion covers album featuring 53 artists such as Miley Cyrus and Elton John (6).

A re-release of Spiritualized’s third album Ladies and Gentlemen We Are Floating in Space is heading for the Top 40 at Number 21, while French electronic artist Jean-Michel Jarre could pick up his 21st Top 40 effort with Welcome To The Other Side at Number 23.

Arlo Parks is set to return to the Official Albums Chart with her debut album Collapsed in Sunbeams following its Mercury Prize win, currently at 26, and the second album from Paramore frontwoman Hayley Williams FLOWERS for VASES / descansos is on the cusp of entering the Top 40 for the first time following its vinyl release at 29.

Finally, Northern Irish folk singer Foy Vance is at Number 35 with Signs of Life, and 20-year-old Californian rapper Baby Keem is at Number 39 with his debut album The Melodic Blue.