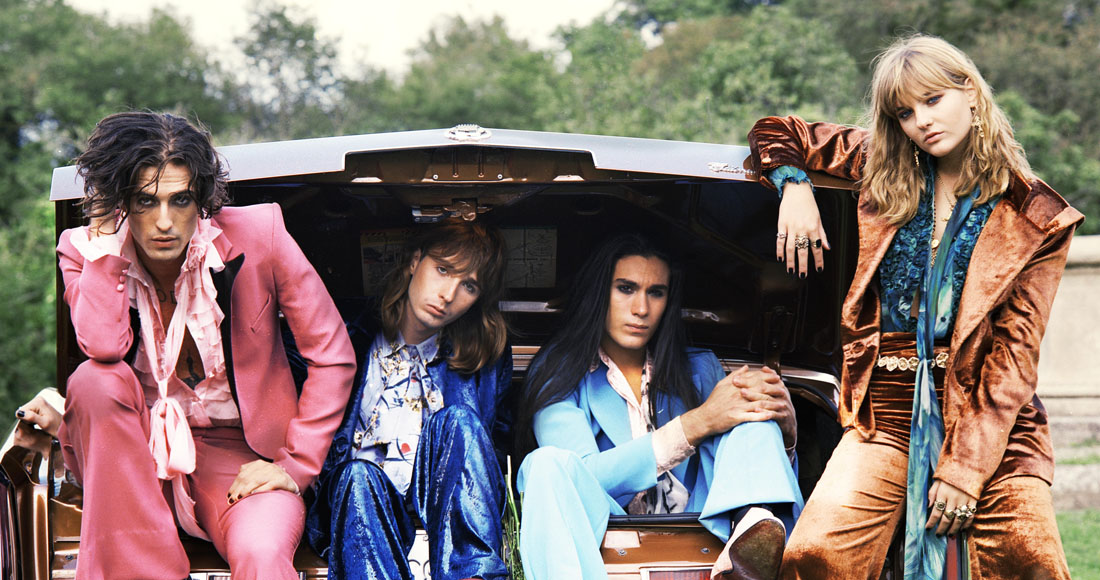 Måneskin continue their run of success following their Eurovision Song Contest win, landing not one but two entries on this week's Official Singles Chart Top 10.

The rockers make history as the first Italian act to have two Top 10s on the UK singles chart simultaneously - I Wanna Be Your Slave climbs a place from last week to Number 6, while their cover of Beggin' zooms into the Top 40 at Number 10 following recent viral success on TikTok.

To put that into perspective, not even Eurovision champions ABBA or Celine Dion have achieved two Top 10 singles in the same week.

The band's continued success follows their win at the 2021 Eurovision Song Contest with Zitti e Buoni, which peaked at Number 17 on the chart, meaning the band have landed three Top 20 hits within four weeks.

Måneskin were already firm favourites in their native Italy after finishing second place on The X Factor Italy in 2017. They've since racked up five Top 10 singles in the country, plus two Number 1 albums.

The band are one of a handful of acts bringing a healthy dose of rock-influenced sounds back the Official Chart, including current Number 1 Good 4 U by Olivia Rodrigo, and Willow Smith's Transparent Soul, which features Blink-182 drummer Travis Barker.

The pop-punk-rock sound was last popular in the mainstream between 2002-2009, when acts such as Avril Lavigne, My Chemical Romance, and Arctic Monkeys were scoring Number 1s.