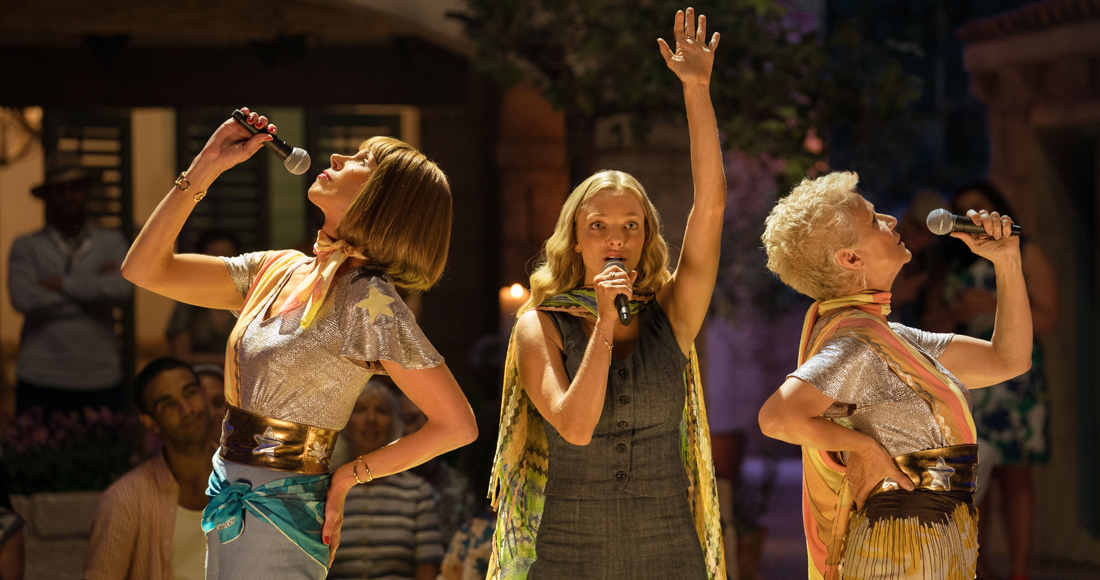 Couldn't escape if we wanted to – not that we ever would want to, of course! The raucous soundtrack to movie musical sequel Mamma Mia! Here We Go Again reigns supreme as the dancing queens of the Official Albums Chart for another week.

The cast recording of the ABBA-themed movie logged its second week at Number 1, beating another musical rival, The Greatest Showman, to the top by almost 15,000 units across physical, digital and streaming equivalent sales.

The soundtrack to the original 2008 Mamma Mia! movie holds firm at 5, while the inspirations behind it all rise a place – ABBA's Gold is at 6.

This week’s highest new entry is Vicious, from US rock band Halestorm, at Number 8, becoming their UK chart peak yet, following 2015’s Number 10 hit Into The Wild Life.

Northern Irish country singer Catherine McGrath scores her UK chart debut at Number 13 with first album Talk Of This Town, while American rockers Daughtry are right behind at 14 with their fifth album Cage To Rattle.

All Saints open at 15 with latest album Testament, and Underworld & Iggy Pop’s collaborative album Teatime Dub Encounters is new at 20.

Arctic Monkeys' former chart-topper Tranquility Base Hotel + Casino is heading back up the chart, advancing eight to Number 27; Fleetwood Mac's 1977 classic Rumours sneaks back into the top flight at 35, and The View frontman Kyle Falconer goes in at 40 with debut solo album No Thank You.