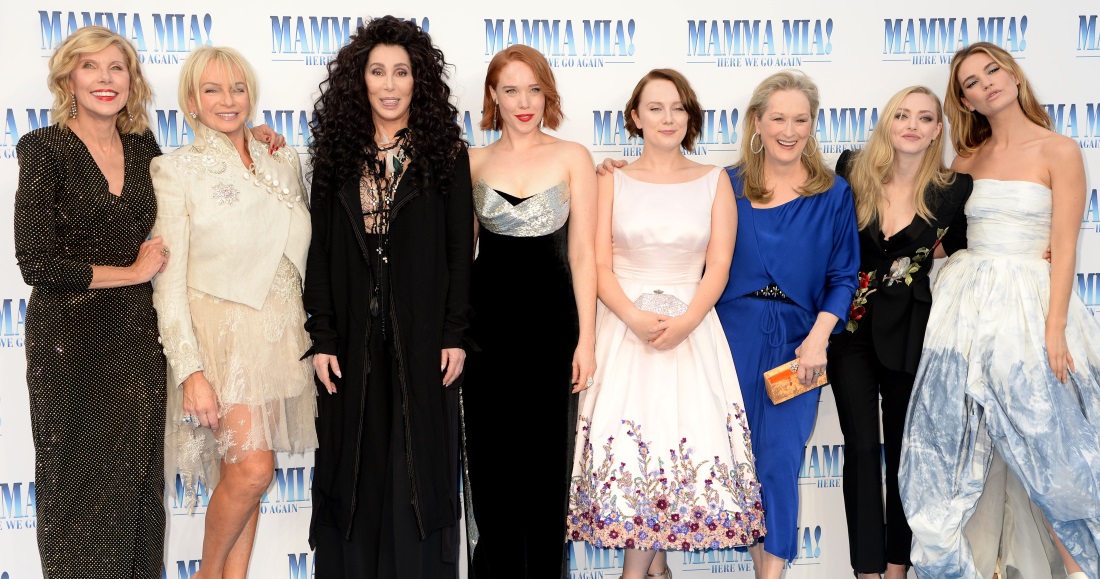 Thank you for the music! The Motion Picture Cast Recording to Mamma Mia! Here We Go Again is this week's Number 1 on the Official Albums Chart.

Rising from Number 4 to the top spot, the album of ABBA classics sang by the likes of Cher, Meryl Streep and Lily James scored 35,000 combined chart sales to reach the summit.

With a fellow Motion Picture Cast Recording from The Greatest Showman at Number 2, this marks the first time since May 1978 that the Top 2 spots have been occupied by music from films.

Furthermore, the original Mamma Mia! flick's Cast Recording leaps eight places to Number 5, putting three collections of movie songs in the Top 5, which has not happened since February 1969.

Elsewhere in the Top 5, Drake's three-week chart-topper Scorpion retreats to Number 3, and George Ezra's Staying at Tamara's rebounds one slot to Number 4.

ABBA music makes one more appearance in the Top 10, with Gold - Greatest Hits climbing 12 positions to Number 7. It is the first time the popular collection is back in the top flight since September 2008 and is its 59th week in the Top 10 in total.

South London duo D-Block Europe teamed up with Yxng Bane for Any Minute Now, their first collaborative mixtape, which is this week's highest new entry at Number 14.

In addition to ABBA Gold, two more of the UK's Top 5 best-selling albums of all time appear in this week's Top 40. Queen's Greatest Hits, the only album to sell over six million copies in the UK, climbs 14 to Number 29, and Oasis' (What's The Story) Morning Glory ascends 16 placings to Number 33.

Following a vinyl promotion, The Rolling Stones' Hot Rocks 1964-1971 enters the Top 40 for the first time since September 1990 (36), and finally, The Internet record their first UK Top 40 album with Hive Mind at Number 39.