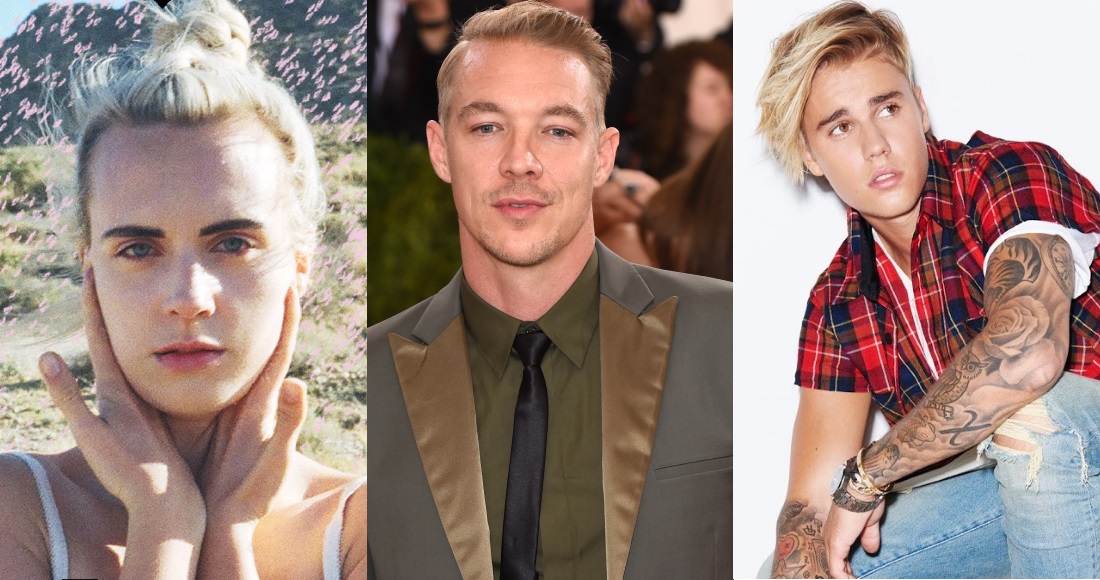 The Official Singles Chart is still feeling the shock of Cold Water this week, as the song logs a fourth consecutive stint at Number 1 today.

The Major Lazer, Justin Bieber and MØ collaboration shifted just shy of 83,000 combined sales (made up of 26,000 downloads and 5.67 million streams) over the last seven days to hold off competition from DJ Snake and Justin Bieber’s Let Me Love You, which holds at Number 2 for a second week.

Calum Scott continues to enjoy success with his cover of Robyn’s Dancing On My Own, a non-mover at Number 3 for its sixth week in the Top 5, and Chainsmokers zoom from 12 to Number 4 today with their Halsey collaboration Closer.

Outside the Top 10, , Lil Wayne’s Sucker For Pain – which features on the new Suicide Squad film soundtrack – vaults 12 places to 16, and  Olly Murs’ new single You Don’t Know Love moves up 16 spots to 19.

Tieks’ Sunshine ft. Dan Harkna lifts nine places to 22 this week, and Martin Garrix officially lands his fifth Top 40 on the Official Singles Chart – In The Name Of Love ft. Bebe Rexha jumps from 41 to 28.