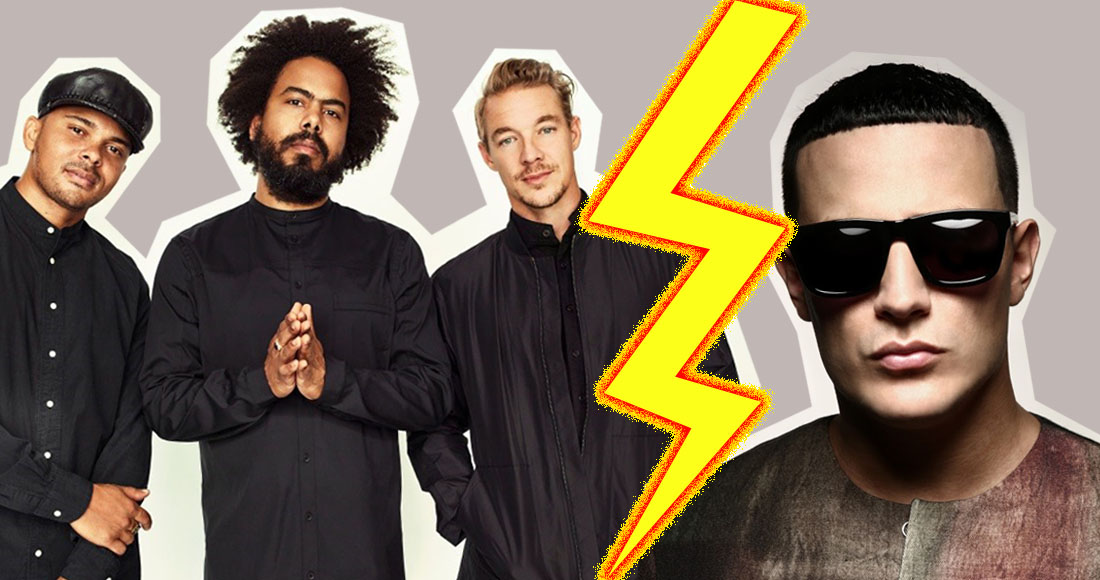 Prepare for some rough and tumble at the top of the Official Singles Chart again this week, as Major Lazer and DJ Snake vie to finish at Number 1 on Friday.

Cold Water, from Major Lazer, Justin Bieber and MØ, is currently eyeing a fifth consecutive week at Number 1, but DJ Snake is snapping at their heels. His track Let Me Love You, which also features Justin Bieber, is a mere 167 combined chart sales behind at Number 2 at this midweek stage.

Calum Scott's cover of Robyn's Dancing On My Own stays at Number 3, while Chainsmokers have two tracks in the Top 5, with Closer feat. Halsey holding firm at 4 and Don't Let Me Down feat. Daya going back up one place to 5.

Ellie Goulding is set to score this week's highest new entry – and her 18th Top 40 hit – with Still Falling For You, taken from the new Bridget Jones movie, starting at 14 today.

Charlie Puth's We Don't Talk Anymore, feat. Selena Gomez, rises seven places to Number 16, while Craig David & Sigala's Ain't Giving Up is new at 20, and the remix of Is This Love from Bob Marley and Lyndscape and Bolier is up three places to 39.