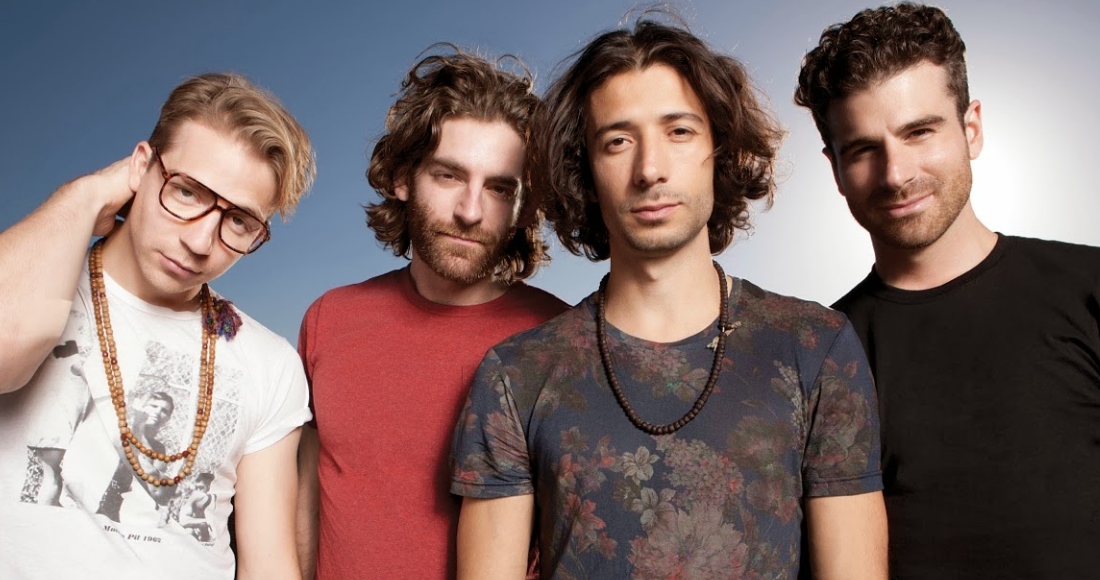 Magic! are leading the race to Number 1 on today’s Official Singles Chart Update with their debut single Rude.

The Canadian band’s reggae-infused track, which climbed a massive 48 places to Number 2 last week following its full release, is currently out in front by 10,000 chart sales after seeing continued popularity.

Meanwhile, Britain’s Got Talent duo Bars & Melody are heading for their first UK Top 40 hit this weekend with their debut single Hopeful, which is currently at Number 2. The singing/rapping group – made up of 13-year-old Leondre Devries and 15-year-old Charlie Lenehan - finished third place on the show earlier this year and shortly after signed a record deal with Simon Cowell’s Syco label.

Vocalist and producer ZHU is also on course for his first UK Top 40 hit this weekend with Faded. The dance track, which was unveiled by the elusive artist earlier this year, is at Number 3 on today’s Update.

Dutch producer Bakermat is on course for his first UK Top 40 hit with One Day (12). The track entered the charts across Europe in 2012 and 2013 and samples Martin Luther King Jr’s famous I Have A Dream speech.

US rapper Vic Mensa is set to make his UK Top 40 debut on Sunday with Down On My Luck (22), and Naughty Boy’s brand new track Home is at 32.

And finally, Leah McFall is at 37 with her official debut single since graduating from The Voice 2013, Home.