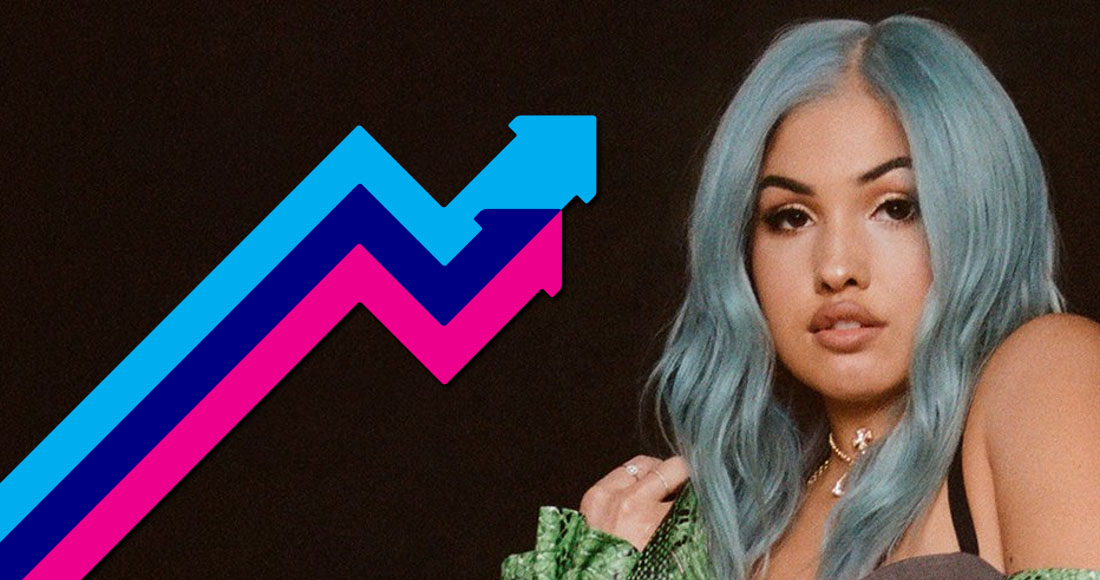 Mabel struts to the top of the Official Trending Chart with her latest single Boyfriend as it sets course for a new peak on this week’s Official Singles Chart.

The latest self-empowerment bop from the singer, about how "wanting someone in your life doesn't mean you can't still be dat bitchh" (as Mabel tweeted on its release), includes the hook of Remember Me, a 1997 Top 10 hit by Blue Boy, which itself samples Woman of the Ghetto by Marlena Shaw.

The track is set for another climb up this week's Official Singles Chart, currently up four to Number 13 in the latest sales flash.

It’s the latest song in a string of hits for Mabel, who currently holds seven Top 20 singles including a Top 5 hit with 2019’s Don’t Call Me Up. She also landed Female Solo Artist at this year’s BRIT Awards. See Mabel’s full Official Charts history.

A big grower this week is Flowers by Nathan Dawe ft. Jaykae, which features a generous sample of Sweet Female Attitude’s 2000 Number 2 single of the same name.

JP Saxe and Julia Michaels also see a big rise in the UK this week, with If The World Was Ending, as does Dripreport with catchy, tongue-in-cheek track Skechers.

Listen to this week's Official Trending Chart on Spotify below, or here on Deezer.