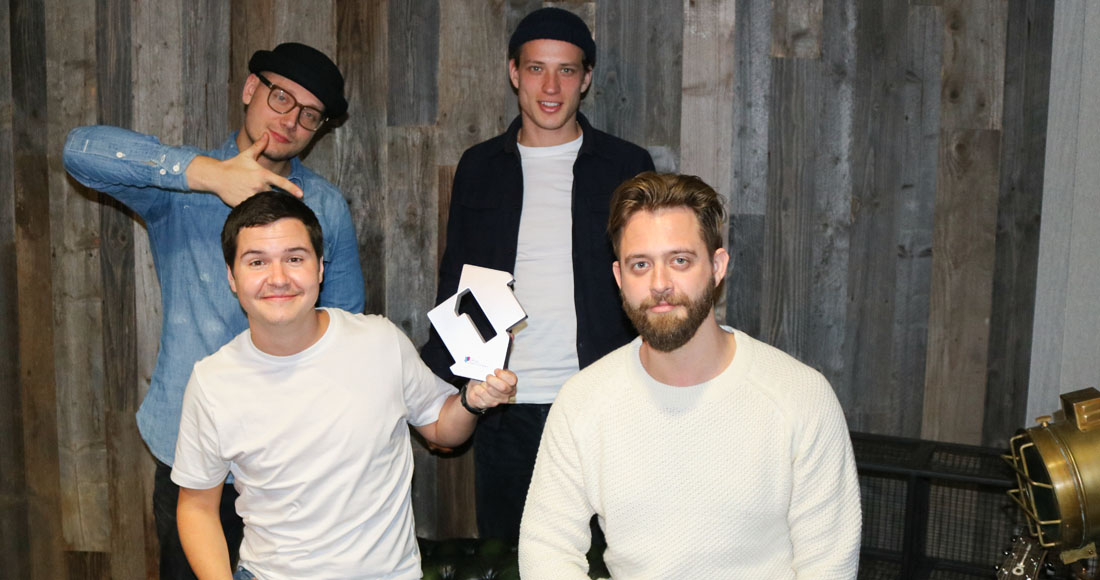 It's good news for Danish band Lukas Graham this week as 7 Years lands them a fourth week at the top of the Official Singles Chart. And demand for the track doesn't show any signs of slowing: 7 Years finishes ahead with combined chart sales of over 106,000 – higher than they managed in their very first week at Number 1.

Rihanna and Drake's Work has to settle for another week at Number 2 – despite being the most streamed track of the week, with over 5.23 million listens – and Mike Posner's I Took A Pill In Ibiza leaps 8 places to Number 3.

Adele's When We Were Young breaks into the Top 10 for the first time, advancing four slots to 9, while DJ Riton's Rinse and Repeat feat. Kah-Lo rockets 65 places to 13.

Highest brand new entry this week goes to Tinie Tempah, scoring his 15th Top 40 with Girls Like feat. Zara Larsson, at Number 15, while Fifth Harmony's collaboration with TY Dolla Sign, Work From Home, is new at 23.

Following the release of their second album, The 1975's The Sound leaps 15 places to Number 24, and there's good news for Selena Gomez – Hands To Myself has crept up a spot to Number 40, to give her a sixth UK Top 40 hit.

View our gallery of every Number 1 single of 2016 so far: