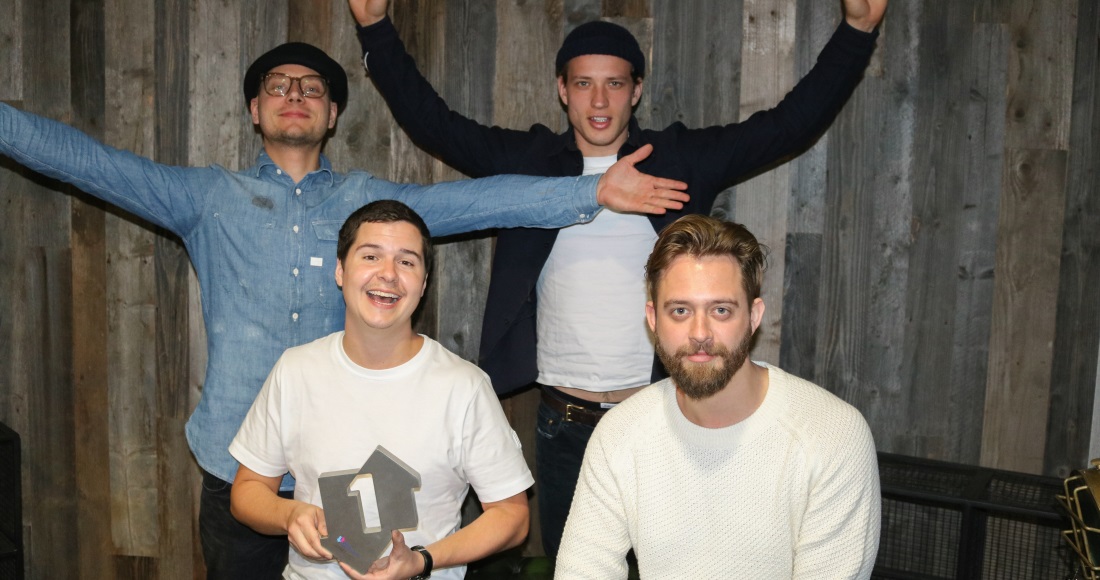 Lukas Graham have done it again! They score a fifth week at the top of the Official Singles Chart, breaking a new record in the process.

7 Years is officially the longest reigning Number 1 from a Danish act in UK chart history.

The four-piece were tied with Whigfield’s Saturday Night and Aqua’s Barbie Girl, which both reigned supreme over the Official Singles Chart for a whole month in 1994 and 1997 respectively.

Lukas Graham may have held onto the Number 1 spot for seven days longer, but they've still got another record to break – Whigfield and Aqua's tracks are both million sellers.

MORE: View the full list of million sellers in the UK

7 Years finished over 20,000 combined chart sales ahead of its nearest rival, and was the week's most streamed track, clocking up 4.52 million listens. It's also the longest consecutive chart topper since Mark Ronson and Bruno Mars logged six straight weeks starting from December 2014 through January 2015 with Uptown Funk.

Mike Posner’s I Took A Pill In Ibiza climbs one place to Number 2. This gives Mike a new personal best on the Official Singles Chart. He's previously hit the Top 10 twice, with 2010's Cooler Than Me (5) and his feature on Cher Lloyd’s 2011 hit With Ur Love (4).

Completing the Top 5 are Rihanna and Drake's Work which slides to 3, Zara Larsson’s Lush Life, which stays put at 4, and Jonas Blue and Dakota's Fast Car, which is also a non-mover at 5.

Coldplay's 17th Top 10 Hymn for the Weekend climbs one place this week, reaching its highest position so far (6).

Zara Larsson’s second appearance in this week’s Top 10 comes in the form of her collaboration with Tinie Tempah. Girls Like jumps 6 spots to Number 9, securing Tinie his 15th Top 10 hit.

Towards the tail-end of the Top 40, Selena Gomez’s Hands to Myself climbs 8 places to Number 32 and Tiesto, Oliver Heldens and Natalie La Rose’s The Right Song climbs 7 places to 39.