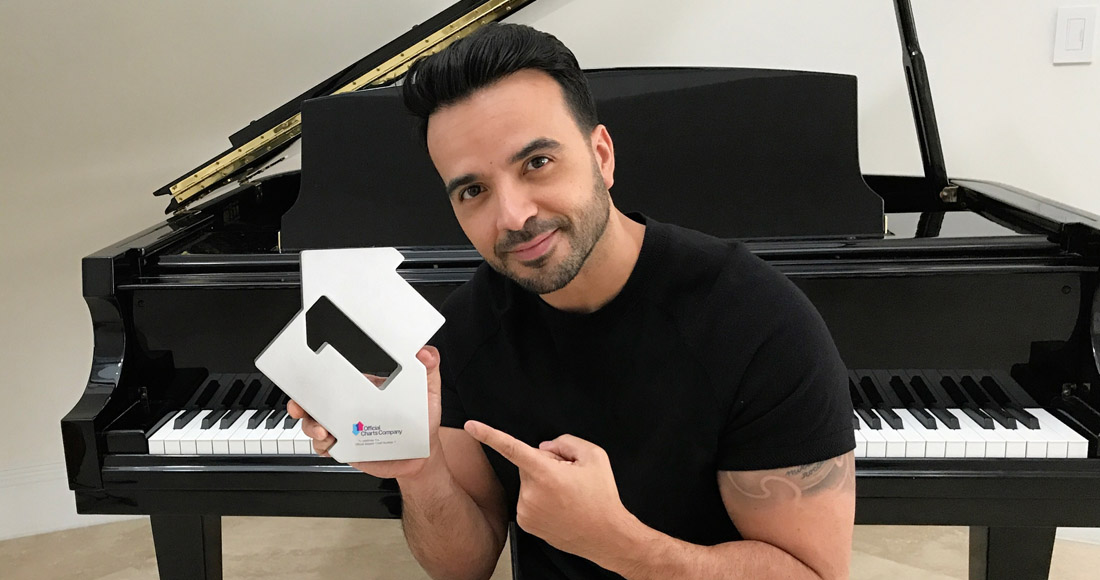 The track, which features Justin Bieber on the remix for its UK release, logs a fourth week in pole position with 129,000 combined sales – it’s highest one-week tally to date – made up of 59,000 downloads and 10.6 million streams.

The record for most weeks at Number 1 for a foreign language single was previously held by vocal jazz group Manhattan Transfer – their 1977 hit Chanson D’Amour logged three weeks at the top.

Meawhile, the rest of the Top 3 remains unchanged: DJ Khaled’s I’m The One ft. Justin Bieber, Quavo, Chance The Rapper and Lil Wayne is at 2, and Liam Payne’s Strip That Down holds at 3.

Captain Ska's protest song against Prime Minister Theresa May debuts inside the Top 5 - more on that here.

British producer Jonas Blue claims his third Top 10 single this week with Mama ft. William Singe, up four places from last week to Number 8. Close behind is Rita Ora – her first headline single in two years Your Song debuts at 13.

Further down, Little Mix’s Power ft. Stormzy makes its debut at Number 27. The track is the fourth single from their chart-topping Glory Days album and earns the group at 17th Top 40 hit.