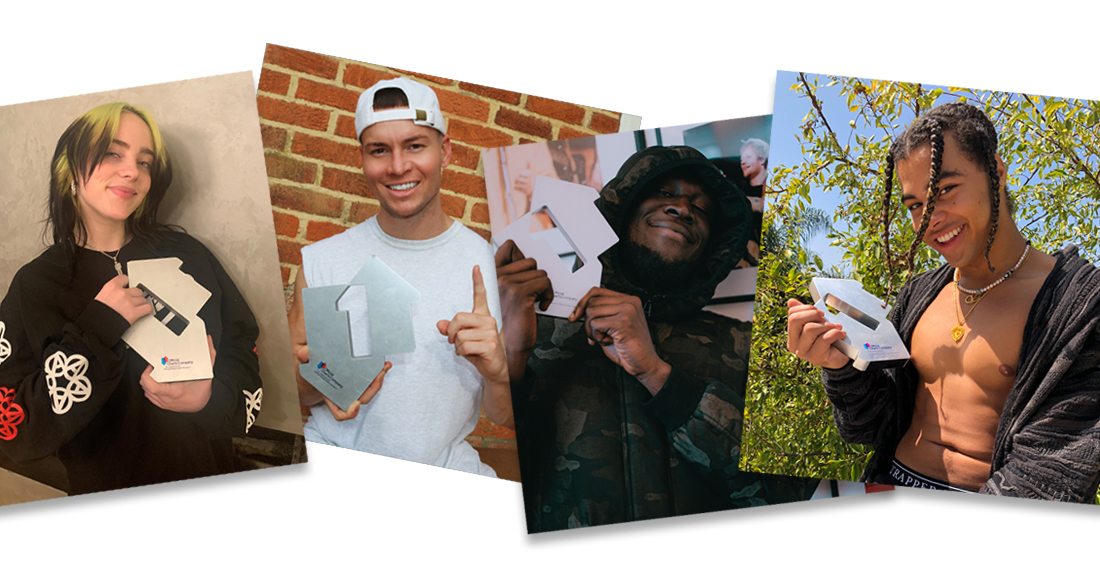 2020 was an exciting year for singles, with a diverse selection of pop bops, huge charity releases and the rise and rise of TikTok hits.

The year began with Stormzy at Number 1, who a week later scored the Official Chart Double with Own It and album Heavy Is The Head. "Honestly, I’m so grateful," the rapper said at the time. "Anyone who listens to me, supports me, buys my music, streams my music or comes to my shows, you lot have changed my life. Words aren’t enough, but thank you."

In February Billie Eilish debuted at Number 1 with No Time To Die, making her only the second artist to take a Bond theme to the top in UK chart history - and with impressive opening week chart sales of 90,000.

In December, Mariah Carey finally claimed the Number 1 with her festive favourite All I Want For Christmas Is You, while LadBaby scored the Official Christmas Number 1 - matching The Beatles and Spice Girls as the only other acts to land a trio of consecutive Christmas Number 1s.