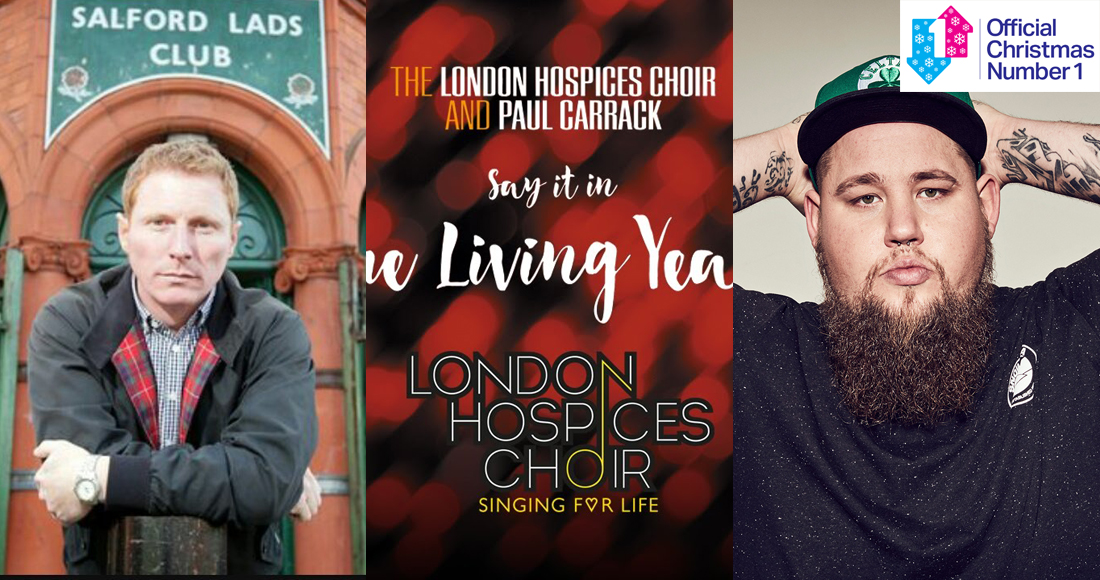 Official Charts Company sales reports based on preorders and early sales data up to midnight last night (but with the vast majority of streams yet to be tallied), indicate that the London Hospices Choir are currently leading the way today (December 17), ahead of BRITs Critics' Choice winner Rag'n'Bone Man (2), and a fan-led campaign to get Manchester band Inspiral Carpets’ Saturn 5 (3) to Christmas Number 1 following the untimely death of drummer Craig Gill last month.

But there is a long long way to go yet. A full 7 days streams still have to be counted, along with 6 days of sales, indicating that the race is still wide open at this stage.

The choir of staff, patients and volunteers from 18 hospices across London have released a cover of Mike & Mechanics’ The Living Years, and are heading a closely fought race at the end of day 1 by just over 600 copies.  With the entire Top 20 at this stage separated by less than 3,000 copies, there is a long way to go yet and all to play for. A full 7 days’ streams still have to be counted, along with 6 days of sales.

Big tracks from current chart stars could also be in with a chance, as X Factor winner Matt Terry rides at Number 4, trailed by reigning chart-toppers Clean Bandit with Rockabye at 5, and Little Mix's Touch (6),Zara Larsson (7) and One Direction's Louis Tomlinson (8) also present in the Top 10 at this stage.

This year’s Christmas Number 1 race welcomes a range of new contenders throwing their hat into the ring, many raising money for charity, several of which are cracking today’s early sales flash, including Friends Of Jo Cox (Number 9) with their cover of The Rolling Stones’ You Can’t Always Get What You Want, released in memory of the late politician who was tragically murdered earlier this year in Birstall, West Yorkshire. The track features the likes of KT Tunstall, David Gray, Kaiser Chiefs’ Ricky Wilson and Parliamentary rock band MP4, and was backed by Prime Minister Theresa May earlier this week.

MORE: Check out all of this year's Official Christmas Number 1 contenders

Just outside today’s early Top 10 at Number 12 is Hartlepool duo Liv ‘N’ G with Our Superhero (A Christmas Wish), a track released to raise funds for the much-needed cancer treatment of 5 year-old Sunderland football fan, Bradley Lowery, who has been battling Neuroblastoma since the age of two.

Further down at Number 15 is a team of South Yorkshire firefighters – The Everly Pregnant Brothers - with Chip Pan (15), a rework of Kings of Leon’s Sex On Fire, but this time all about the hazards of chip pan fires. Proceeds from this release going to Shelter and Age UK to protect the elderly and vulnerable in their homes.

MORE: Look back at every Official Christmas Number 1 ever

Salford lad, ex-boxer and Facebook Live blogger James ‘Shinny’ Davenport is another new entry after 24 hours with ‘Christmas Number 1’ (24), donating 20p from every download to Macmillan Cancer Support. Watch our interview about his campaign here. 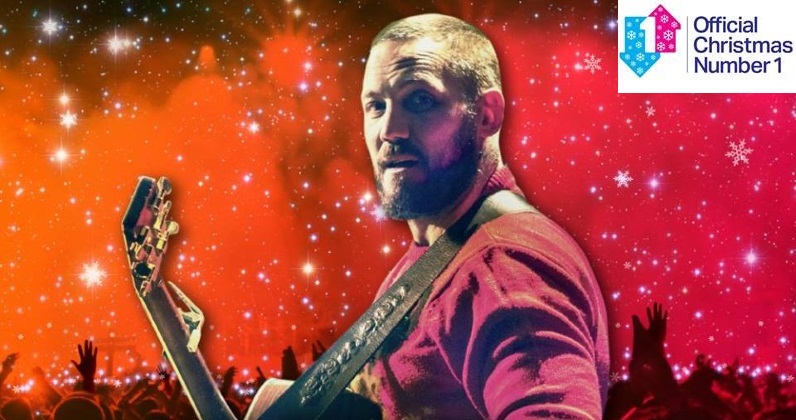 And finally, Celtic fan group The Green Brigade start the week at Number 25 after teaming up with Glaswegian band Glasnevin. The self-titled Ultras are making a bid for Christmas Number 1 in order to pay their mounting legal fines for offensive behaviour.

Whoever you're backing, this is the time to get behind your favourite contender. This year’s Official Christmas Number 1 race kicked off Friday 16 December with the cut-off point for sales and streams to be counted toward the chart being midnight on December 22.

FEATURE: Close but not close enough - songs that just missed out on the Christmas Number 1

The Christmas Official Chart Top 40 will be counted down on The Official Chart on BBC Radio 1, Friday, 23 December from 4pm. The full Top 100 will be published on OfficialCharts.com at 5:45pm.

Here's how the Official Singles Chart Top 40 stands as of today (December 17):

Further bulletins will be issued throughout this week. Join the conversation now on Twitter using #XmasNo1, and visit our Christmas Number 1 news section for breaking race updates.

Can you remember every Official Christmas Number 1 ever? Click through them all below: