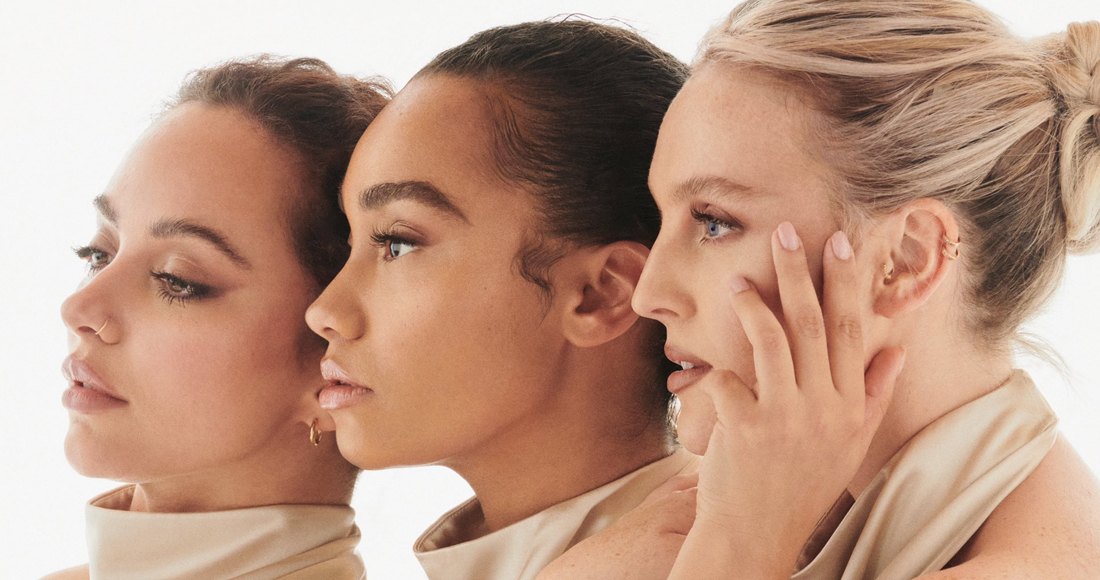 Since becoming the first group to ever win The X Factor, Little Mix have spent nearly a decade carving out a space for themselves as the biggest girl band in the UK, if not the world.

But sadly, that time is almost over...for now. As we say goodbye to Perrie Edwards, Jade Thirlwall and Leigh-Anne Pinnock at the conclusion of their Confetti tour and the start of a group-wide hiatus and burgeoning solo careers, it's time to look back at Little Mix's discography and how it stacks up.

But which out of their seven albums comes out on top? We've crunched the numbers and are counting down Little Mix's official biggest albums, with totals combining paid-for physical and download sales plus streaming equivalent units.

The final album released by Little Mix in their initial lifetime was a greatest hits collection for the ages. Taking in all their past eras as well as adding some essential new tracks for the trio like No and the beautiful title track, Between Us has proved to be insanely popular in its relatively short life-span.

After less than 6 months of total sales, Between Us has shifted in excess of 172,000 chart sales...as well as claiming a mighty 109,000 streams too. It may be their lowest-ranked for now, but with the album showing no signs of leaving the UK Top 10 yet, expect this is continue to rise.

Confetti turned out to be the final album with the original line-up of Little Mix and front-to-back, it's packed with energetic bangers befitting of its title. From the disco thrills of Break Up Song to the sinister electronica influence of Sweet Melody, Confetti made a big impression, being drawn into a heated chart battle with none other than Kylie Minogue in its release week.

It may not have clinched Number 1, but Confetti continues to shine. Since its release, it's clocked in over 245,000 chart sales and an impressive 134,000 streams and counting.

Billed as their most personal album, LM5 would be the final release the four-piece would issue under original label Syco before leaving to sign with RCA.

First dropping in 2018, it features a harder edge than their previous LPs (justice for Wasabi) and was trailed by the Jess Glynne-written, Nicki Minaj-featuring Woman Like Me, which peaked at Number 2 on the Official Singles Chart. Despite being their fifth best-selling album in the UK (331,000 chart sales) LM5 is actually the girls' third most-streamed, clocking in at 149,000 combined streams as a whole.

Seen by many fans and critics alike as their strongest album, Salute immersed Perrie, Jade, Leigh-Anne and Jesy in a world of futuristic R&B for their impressively sleek second LP.

Lead single Move stormed into Number 3 on the Official Singles Chart, with an odd structure that recalled Girls Aloud's barmy Biology. That wasn't the only girl band influence present; the title track launched the girls into Destiny's Child-inspired vocals and harder-hitting R&B beats. Totalling 429,000 sales to date, Salute proved that Little Mix were in the game for the long-run.

As the first group to ever win The X Factor back when it was still a national obsession, expectations were sky-high for Little Mix's debut album. Luckily, they rose to the challenge and then some.

Lead single Wings topped the Official Singles Chart and took flight with an inspirational self-love message; they dabbled with gothic EDM-pop on DNA and wind-machine balladry on Change Your Life. Gaining 473,000 overall chart sales in the UK, DNA would launch the career of Britain's biggest girl band and they would never look back.

Don't call it a comeback! After scrapping an initial follow-up to Salute, Little Mix came out swinging with Get Weird which, despite the title, proved to be their most commercially-focused album yet.

Black Magic is one of pop's great sonic U-turns, with irresistible funk guitars and a candy-coated chorus that saw the song become the girls third UK Number 1 single, topping the Singles Chart for three weeks. Backed by further hits in the shape of Love Me Like You and Hair featuring Sean Paul, Get Weird logged a very impressive 950,000 chart sales to date, becoming the group's second-biggest album.

Glory Days indeed. By far the girls' strongest offering, their fourth album was the sign of a girl-group reaching the very height of its powers. Charismatic lead single Shout Out To My Ex gave Little Mix their fourth UK Number 1 single, buoyed by an inspired X Factor performance, although it's the mighty Touch many would point to as a career high-point.

And what a high point! With the four-piece firmly in their imperial phase, Glory Days became Little Mix's first UK Number 1 album, selling a whopping 96,200 copies in its first week alone. It also has the longest run of any of their albums in Official Albums Chart Top 40, clocking in a total of 89 weeks. With a hefty 1.2 million chart sales, it's easily Little Mix's biggest album in the UK and with a mammoth 419,000 streams, their most-streamed too. Glory Days indeed. That's how you do it!