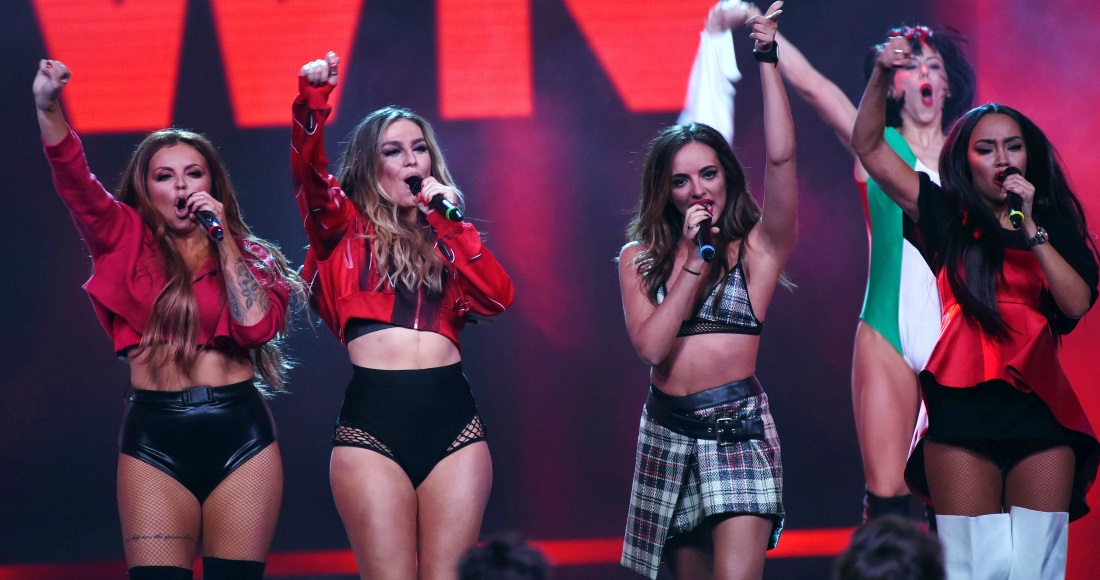 We're not sure where Little Mix have found the time, but they've assured us that more new music is on its way very soon.

Between releasing four albums in five years and their non-stop touring across the world (their 37-date UK arena tour kicks off next month), Jesy, Perrie, Jade and Leigh-Anne have been back in the studio working on the follow-up to last year's chart-topping Glory Days album.

Asked when we can expect the follow-up during an interview at the iHeart Music Festival in Las Vegas earlier this week, Jesy said: "Very soon my friend, very soon."

"We like to tease, we like to say soon. I feel really bad when we say that." Perrie added, while Jade said: "Soon means we can't tell you because we'll get told off by our label." Watch below:

It's safe to say we can expect something sooner rather than later, right?

Glory Days has been Little Mix's most successful album yet on the Official Chart, and holds the record for the longest reigning Number 1 album for a girl group in the UK since the Spice Girls' debut in 1996. To date, it's notched up 675,000 combined sales.

MORE: See where all of Little Mix's singles and albums have charted in the UK

Journey through Little Mix's evolution by looking back at all their single and album artwork below: