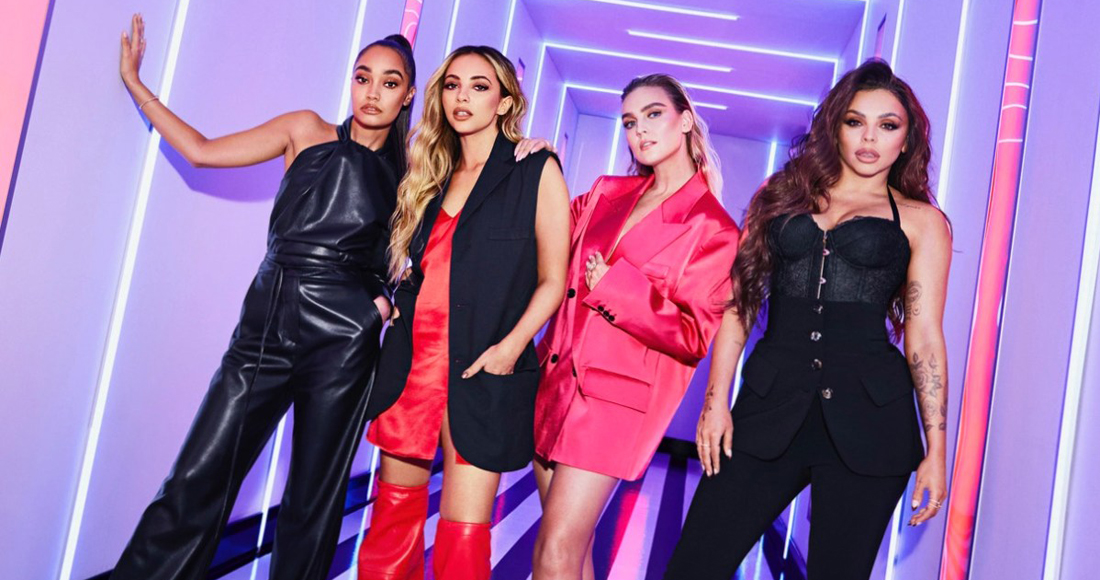 Little Mix’s Jesy Nelson has revealed the group may have created some serious competition for themselves on their new TV show The Search.

The music competition, which launches on BBC One this Saturday (Sept. 26), sees Little Mix form a new band who will support them on their Confetti Tour next year.

It’s not just girl groups they are auditioning – mixed groups and boybands are also in the running – but Jesy Nelson has said there is one girl group on the show that have the potential to be even bigger than Little Mix.

“There’s all these different categories, and there’s one that’s based around us – a girl dance group,” she told us.

“We’re looking for a mix of everything [but] there’s one girl group on the show that… I have no words for how incredible they are. I want it to work out for them so much because they could be massive. They’re very different.

“It’s funny because they’re the ones that really have to be sick dancers and really good singers as well.”

Jesy also told us it felt “weird” when they first started filming auditions earlier this year and how it compared to their own beginnings on The X Factor. “It felt like we were watching us years ago,” she explained. “It feels like we’re reliving our past experience.”

“I feel so lucky that we got these people on our show,” she continued. “Some of the people in these groups honestly blow my mind. It’s so exciting because for the first time I’m like, ‘Woah, this group could actually be huge’. I feel like we really need another group on the scene.

“I personally don’t feel like there’s been any other new groups that have absolutely smashed it.”

Jesy also said the show takes a very different approach to auditions and critiques compared to The X Factor. “It’s heart-breaking when we have to let people go because we know exactly what they’re feeling,” she said. “The only positive I can say is we’ve made it feel so new and fresh – and we wanted them to feel as comfortable as possible.

“In X Factor we were in a boardroom with loads of random directors and producers, which was a very daunting and scary experience. When they come and audition for us we’ve made it look and feel like they’re in our living room. It feels homely and it makes them feel at ease.”

“We’re not scary either, we’re not like Simon Cowell,” she added. “Hopefully they feel more comfortable when they come into the room. When something goes wrong or their voice breaks, we understand it, and it puts them at ease.”