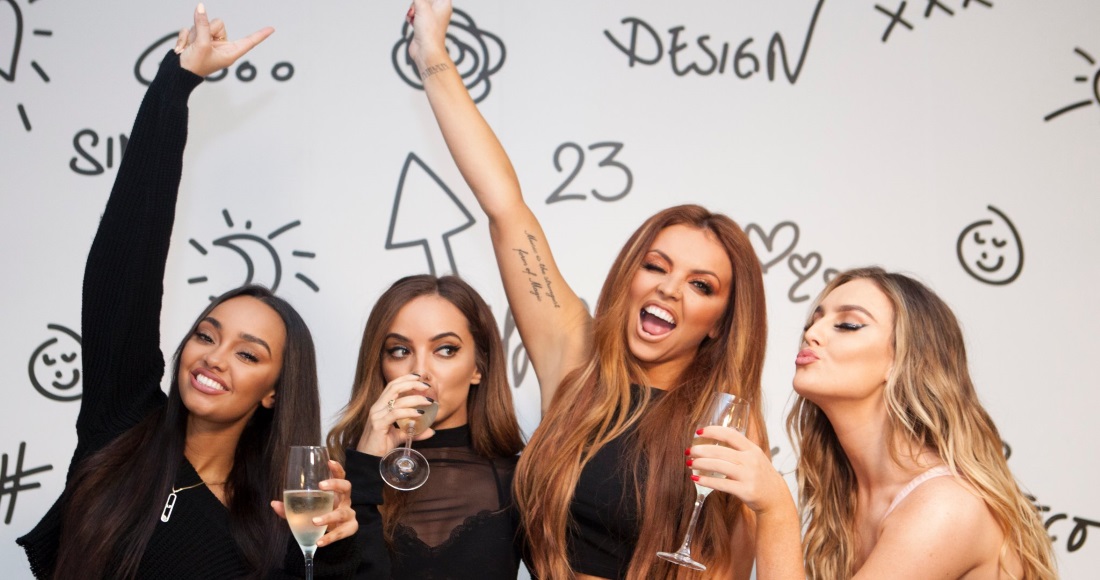 Little Mix have scored a second week at Number 1 on the Official Albums Chart with Glory Days.

After achieving the highest first week sales for a UK female girl group Number 1 since Spice Girls' Spiceworld last week, the record notched up another 57,000 combined sales in the last seven days and is now certified Gold for sales over 100,000.

Glory Days is the 24th Number 1 album from an act coming from the X Factor, and Little Mix's first UK Number 1 album. Other X Factor alumni to top the Official Albums Chart this year include Olly Murs and James Arthur.

Just 2,000 copies behind Little Mix are Michael Ball and Alfie Boe, whose album Together rebounds two places to Number 2. Together has now spent four weeks inside the Top 5.

After starting the week in pole position, Kate Bush's Before The Dawn finishes today at Number 4. The live album continues Kate's unbroken run of Top 10 albums on the Official Albums Chart and becomes her 12th Top 10 record.

The Weeknd's third studio album Starboy is a new entry at Number 5 today and was the most streamed album of the week. Starboy follows The Weeknd's debut album Kiss Land - which peaked at Number 12 – and 2015 chart topper Beauty Behind The Madness.

Andre Rieu's eighth Top 10 album is in the bag at Number 7 with Falling in Love, while TV presenter Bradley Walsh lands at Number 10 with his debut album Chasing Dreams. Busted are the next new entry - their first studio album in 13 years Night Driver pulls over at 13.

MORE: Busted interview: "Year 5000? We don't think that would have gone down well"

Finally, Rumer scores her 4th Top 40 album with This Girl's in Love at 28, and Aled Jones' One Voice at Christmas becomes his second Top 40 album of 2016 at Number 30.

Look through every Official UK Number 1 album of 2016 so far below: