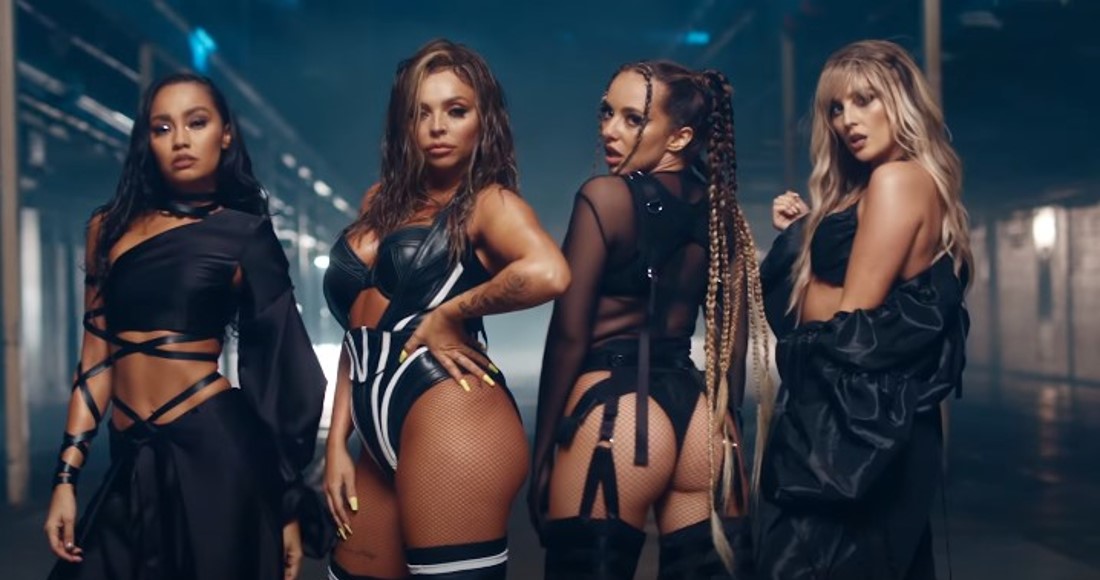 Little Mix currently lead the way in the race to Number 1 on this week’s Official Chart First Look.

If Little Mix maintain their momentum, Sweet Melody would become their first chart topper in more than four years, since 2016’s Shout Out To My Ex, and their first since singer Jesy Nelson’s departure. See Little Mix’s full chart history.

However, according to today’s Official Chart First Look, it’s all still to play for at this point of the week as less than 2,000 units separate the whole Top 5 after 48 hours.

Ed Sheeran’s Afterglow, surprise-released during Christmas week, trails just behind in second place, while New York rapper CJ climbs eleven spots since Friday – Whoopty is on course for a new peak of Number 3.

Irish DJ producer Shane Codd is also heading for a personal best as Get Out My Head (4) ascends into the Top 10 for the first time in its tenth week on chart.

Dua Lipa’s Levitating completes the Official Chart First Look Top 5 and is one of two appearances for Dua in the midweek Top 10, as Miley Cyrus collaboration Prisoner rebounds 20 places to Number 8.

Australian singer and rapper The Kid Laroi could land his first UK Top 10 hit this week as Without You climbs 16 places to Number 10.

Elsewhere, the highest new entry of the week so far comes courtesy of Justin Bieber – Anyone starts its chart journey at Number 12 midweek after the Canadian star debuted the track at his New Year’s Eve performance, his first full-length live concert since 2017. Watch Anyone's Rocky-inspired video below.

Check out the Official Chart First Look Top 20 in full below.