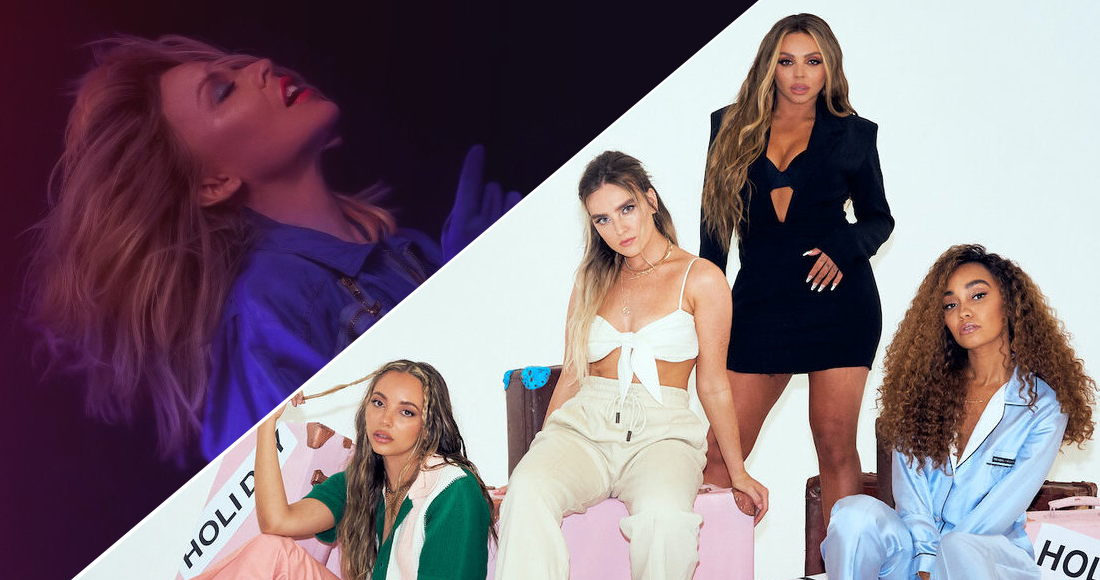 Kylie Minogue and Little Mix are battling for chart supremacy on both sides of the Irish Sea, with a different act leading the race for Number 1 in Ireland currently than in the UK.

While Little Mix trail Kylie on the UK's Official Albums Chart Update, it's a different story on the Official Irish Charts, with Jade, Jesy, Leigh-Anne and Perrie edging ahead of their Australian chart rival.

OfficialCharts.com/Ireland can exclusively reveal that Little Mix's sixth studio album Confetti is on course for Number 1 at present, although it is extremely tight at the top, with just 100 chart sales separating them and Kylie's DISCO at Number 2 on today (Nov. 10)'s sales flash.

Little Mix have the advantage on streaming, while Kylie currently holds a narrow lead on paid-for sales (physical and download). It is so unbelievably close that Little Mix are just one album download behind Kylie at the midweek stage.

If Kylie can turn the tables, DISCO will mark her first Irish Number 1 album in almost twenty years since 2001's Fever. Little Mix are on the cusp of their third Number 1 album in Ireland following 2015's Get Weird and 2016's Glory Days.

We also can't rule out Dermot Kennedy to return to the top spot; The Complete Edition of his debut album Without Fear was released last Friday (Nov. 6) and is currently at Number 3.

The cut-off for sales and streams to count towards this week’s chart is 11:59pm this Thursday (Nov. 12). This week's final Official Irish Singles and Albums Charts will be published on OfficialCharts.com/Ireland at 3pm on Friday. Listen to the chart every Friday on RTÉ 2FM with Bláthnaid Treacy at 7pm.