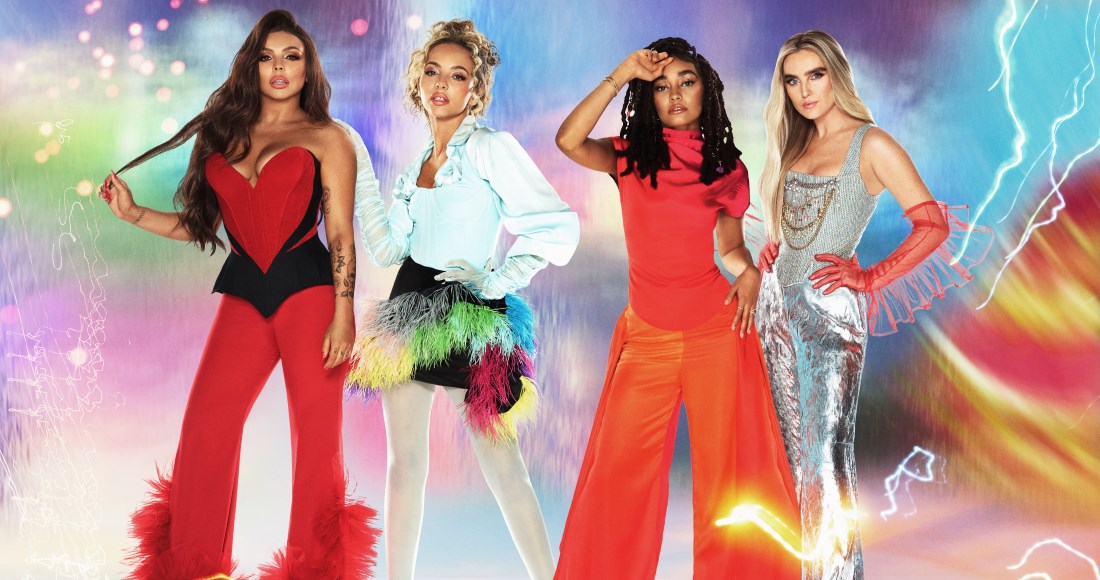 Congratulations to Little Mix who are Number 1 on the Official Irish Albums Chart for the third time in their career.

Jade, Jesy, Leigh-Anne and Perrie’s sixth studio album Confetti was Ireland’s most streamed and physically purchased album of the week and follows Get Weird (2015) and Glory Days (2016) as chart-topping albums in Ireland.

After just 100 sales separated the girl group and Kylie Minogue at the midweek stage, Little Mix carried on their huge momentum to claim the top spot.

Following the release its The Complete Edition, Dermot Kennedy’s debut album Without Fear rebounds to Number 3, its 59th consecutive week in the Top 10. Since its release last October, the album has not fallen any lower than Number 7.

In at Number 4 this week is Kylie Minogue with her fifteenth studio album DISCO, her sixth Top 10. The set is the most downloaded album of the week and marks the Australian’s second Number 4 in as many years after 2019’s Step Back in Time reached the same position.

Australian rapper The Kid Laroi takes out a new chart peak in the Irish Top 50 after releasing a deluxe edition of his debut mixtape F**k Love, re-titled to: F**k Love (Savage). Originally topping out at Number 10, the expanded version reaches Number 5, with streams accounting for 100% of its chart sales.

Niall Horan’s second album Heartbreak Weather lifts ten places to 14 following his Royal Albert Hall livestream concert, UK rapper Dutchavelli makes a Top 20 entrance with his debut mixtape Dutch from the 5th at 18, and finally, Irish hip-hop star Nealo is a new entry at 20 with his debut album All The Leaves Are Falling.