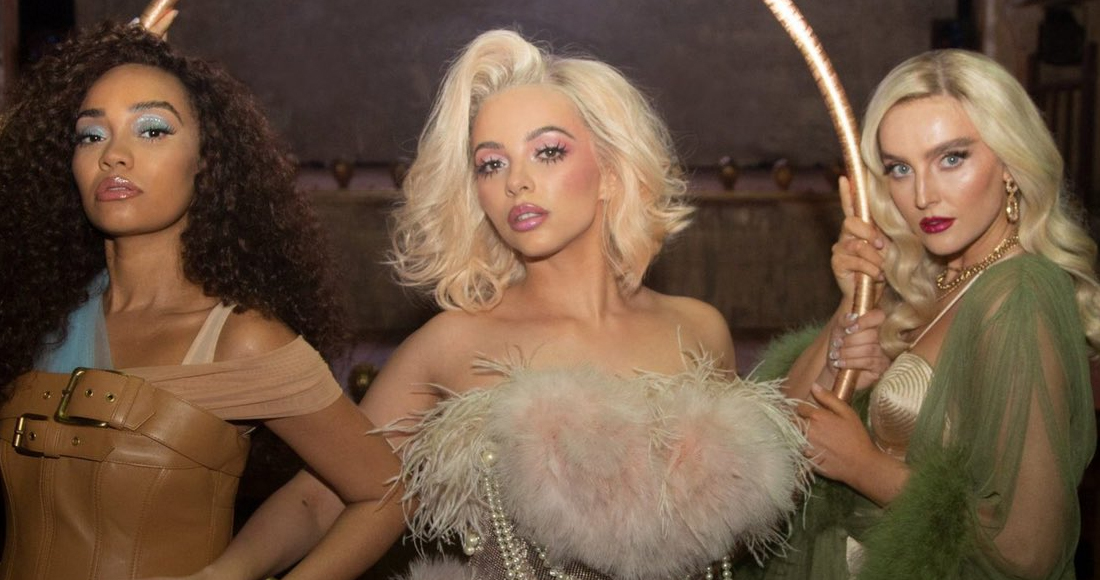 Little Mix are lining up two Official Singles Chart Top 10s hits at the same time this week with Heartbreak Anthem and Confetti.

With Heartbreak Anthem just a handful of sales behind the Number 8 position today, there is a chance for the Galantis & David Guetta collaboration to reach a new peak after it debuted at Number 9 on last week's chart.

As for Confetti, which has so far topped out at Number 15, it is possible the track could become Little Mix's 18th UK Top 10 single should its momentum continue. Confetti is the title track from their latest and was reworked to include a rap feature from Saweetie.

Two weeks ago, Little Mix debuted an acoustic version video for the song, with its audio version and the new Blinkie remix being released last Friday.

Little Mix have managed two simultaneous Top 10 songs once before, and that was over four years ago, when Touch and Shout Out To My Ex both sat in the Top 10 for two consecutive weeks in January 2017.

Despite the departure of Jesy Nelson last December, 2021 has so far been a strong year for Little Mix. In January, Little Mix secured their fifth UK Number 1 single with Sweet Melody, while in May they became the first girl group to win Best British Group at the 2021 BRIT Awards, and Leigh-Anne and Perrie announced their pregnancies. Later this month, the trio will release a new vinyl version of their Confetti album for Record Store Day.

Find out if Little Mix can officially secure two songs in the Top 10 when this week's Official Chart is revealed on Friday, June 4. Listen to the Top 40 countdown live on BBC Radio 1 with Scott Mills from 4pm.