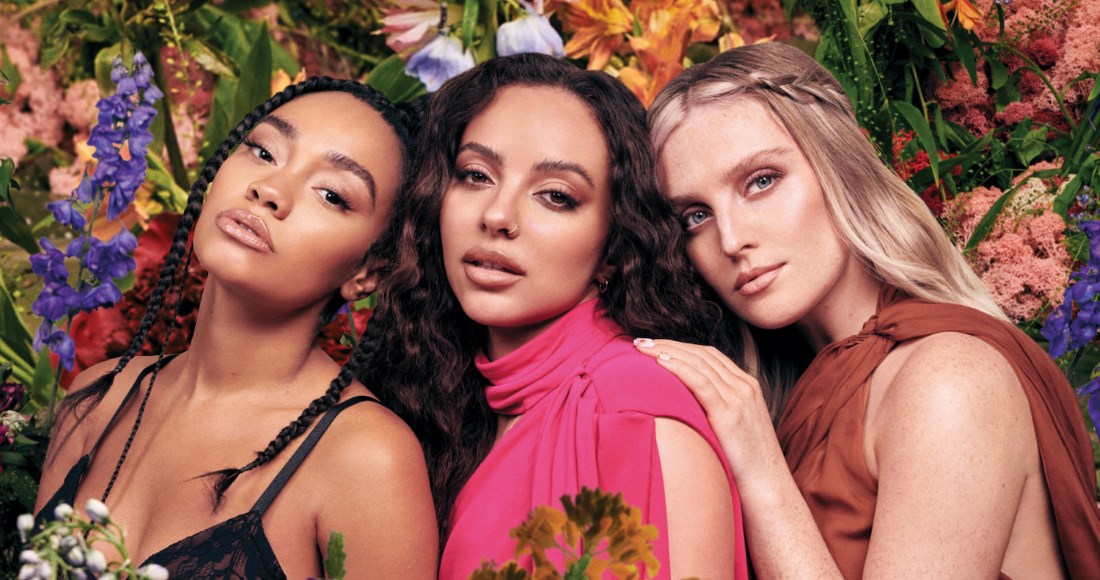 Little Mix have announced their first greatest hits album Between Us, to be released on Friday November 12.

Announced on the group's ten year anniversary - the day they were put together on The X Factor - Between Us features 18 of their Official UK Top 40 singles, including four Number 1s on the UK's Official Singles Chart, plus five brand-new songs.

Between Us is available to pre-order now on CD, vinyl and cassette formats, including and Amazon-exclusive orange pressing and picture discs pressed with stunning photos of each member individually posing in-front of a floral backdrop.

We can't thank you enough for your support over the last ten years... this album is for each and every one of you who's listened to our music, bought an album or sung your heart out at our shows. We wouldn't be here releasing this album if it wasn't for you #10YearsOfLittleMix

"We can't believe it has been 10 years," Perrie Edwards said. Time has flown, and when you look back we have done so much that we're super proud of."

Jade added: "It's going to be great to have all our big hits as a band on one album for the first time, celebrating 10 massive years of Little Mix. The tracks also show how much we have grown as artists, from 'Wings' to 'Heartbreak Anthem'."

Leigh-Anne said: "We're also really excited to release five brand new Little Mix songs that we've been creating. We can’t wait for our fans to hear the new tracks we’ve been working on. We hope they love them as much as we do!"

Available solely on the Super Deluxe edition are their debut Official Singles Chart Number 1 Cannonball, which was their X Factor winner's single, plus Top 40 hits Change Your Life, How Ya Doin', Little Me, Word Up, Love Me Like You, Secret Love Song featuring Jason Derulo, Only You, Think About Us, Bounce Back and Holiday. Christmas single One I've Been Missing and Nathan Dawe collaboration No Time For Tears are their only singles not included on any edition.

Each picture disc vinyl also includes two extra tracks selected by their corresponding member, which are non-singles taken from Little Mix's back catalogue. Leigh-Anne's edition features Nothing Feels Like You and Loving You, Perrie's includes Love Me or Leave Me and Your Love, and Jade has selected Wasabi and Mr. Loverboy.

Little Mix - Between Us tracklist

(Please note, Official Charts may earn a small affiliate commission from some of these items).