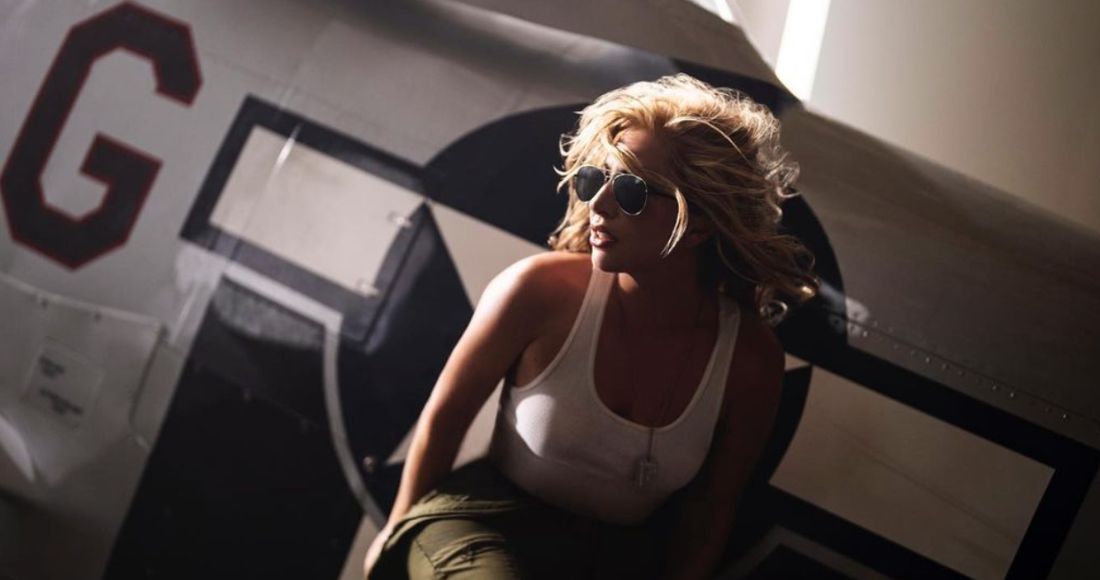 Lady Gaga has released her first new music in a year - the theme song to the upcoming sequel Top Gun: Maverick.

Written and produced by Lady Gaga and frequent collaborator BloodPop (as well as additional production from Benjamin Rice, who helped Gaga compose the Oscar-winning Shallow for A Star Is Born), Gaga previously announced that she had been working on the song "for years" and trying to perfect it, before re-tooling it for inclusion in the film.

Much like the biggest hit from the original Top Gun - Berlin's Take My Breath Away, a Number 1 hit in 1986 - Hold My Hand is a dramatic synthesized 80s mid-tempo ballad, which features a stirring vocal performance from Gaga.

Gaga in a statement: "I wanted to make music into a song where we share our deep need to both be understood and try to understand each other—a longing to be close when we feel so far away and an ability to celebrate life’s heroes.

"I’m so grateful to Tom and Hans and Joe for this opportunity—and it’s been a beautiful experience working with them. Me, BloodPop, Ben Rice and everyone else who worked on it with us are so excited to share it with you. This song is a love letter to the world during and after a very hard time."

f course, Stefani Germanotta has something of a track record when it comes to original film compositions. She famously won her first Oscar in 2019 for Best Original Song thanks to Shallow from A Star Is Born.