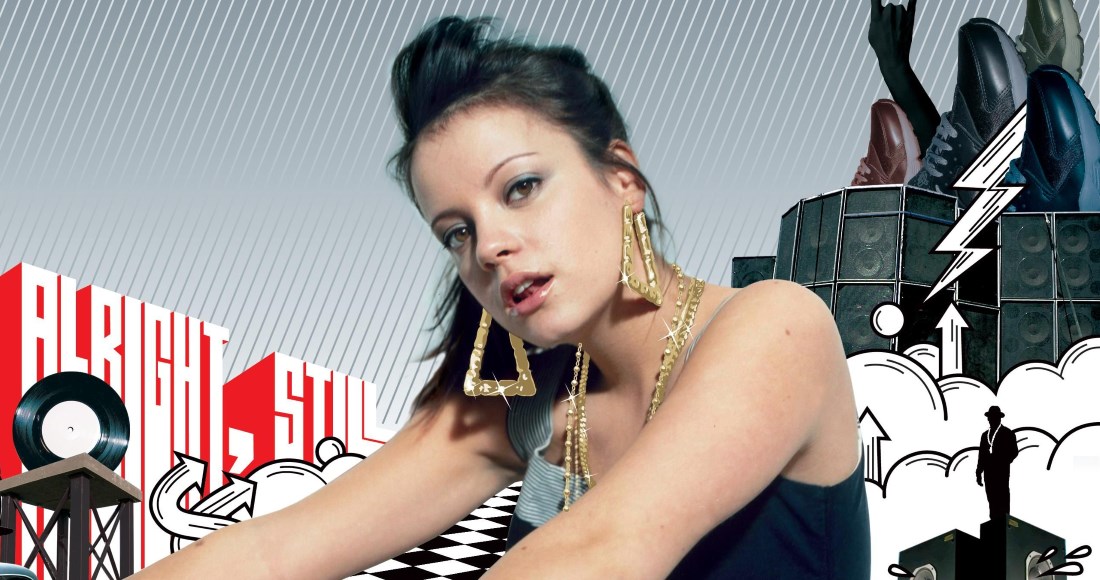 There are few debuts more self-assured, intelligent and as funny as Lily Allen's Alright, Still.

Turning 15 years old today (July 13), the LP leaves a legacy of whip-smart social commentary and a reggae, hip-hop-influenced sonic palette that proves even in 2006 at the start of her career, Lily was already anticipating how the waves of pop music would ebb and flow.

Released by Parlophone Records in 2006, Lily had signed a five-album, £25,000 deal with the label, but wasn't seen as a priority alongside high-profile acts like Coldplay and Gorillaz on their books. So instead, Lily took to the then-burgeoning social media site MySpace, posting demos of the songs she was working on, racking up tens of thousands of plays in the process.

And even today you can see why the material connected on such a large level. There's a breeziness to both the production of the album and to Lily's lyrics; irreverent and biting commentary on her personal relationships that's still pleasingly rough around the edges. She would shine those edges off on 2009's synth-pop masterclass It's Not You, It's Me and even more so on 2013's misunderstood Sheezus, but Alright, Still revels in its amateur status.

Here are five amazing facts about Alright, Still as it celebrates its 15th anniversary.

1. Alright, Still has sold over 1 million copies in the UK

Official Charts Company data reveals that Alright, Still has chart sales in excess of 1.17 million in the UK and is BRIT Certified 3x Platinum. In an even more impressive feat, the album has shifted a total of 1.05 million physical copies.

On the Official Albums Chart, Alright, Still debuted and peaked at Number 2, spending a total of 12 weeks in the Top 10. Although it never hit the top spot (she was beaten to the helm by Razorlight), Lily's 2009 second album, the synth-pop daydream It's Not Me, It's You would go on to become her first chart-topping collection.

2. It charted on a record-breaking week for British albums

Alright, Still had some almighty staying power on the Official Albums Chart, and stuck around long enough in the Top 10 to be a part of history. On January 28, 2007, 27 weeks after it made its chart debut, the album had returned to the top flight for a third of four stints to be part of the first ever Official Albums Chart Top 10 exclusively featuring albums by British acts. That week, Alright, Still was sitting pretty at Number 9.

3. Smile, Lily's first Number 1 single, is still one of her biggest hits

Perhaps her most recognisable song, the ever-relatable Smile is the kind of song most acts would kill to have as their debut single. It kickstarted Lily's mainstream career off in the best way possible too, rising to Number 1 on the Official Singles Chart in its second week, before ruling the roost for two weeks.

To date, Smile has amassed chart tales totalling 897k including 57 million streams. It ranks as Lily's second biggest UK hit behind her third and most recent UK Number 1, a cover of Keane's Somewhere Only We Know which was used to soundtrack 2013's John Lewis Christmas advert.

Lily has yet to follow up 2018's disarmingly honest No Shame with a new record, but that doesn't mean her discography has faded into obscurity.

In fact, people are still buying Alright, Still in 2021. 159 of you have picked up the CD this year and its been downloaded 186 times. Not bad for a 15-year-old album!

5. Alright, Still is Lily Allen's highest-selling album in the UK

But perhaps most impressive of all is that Alright, Still is still Lily's highest-selling album in the UK. With cumulative chart sales totalling 1.17 million, it just pips Lily's second record, It's Not Me, It's You to the post which has accumulated 1.13 million combined sales since its 2009 release.