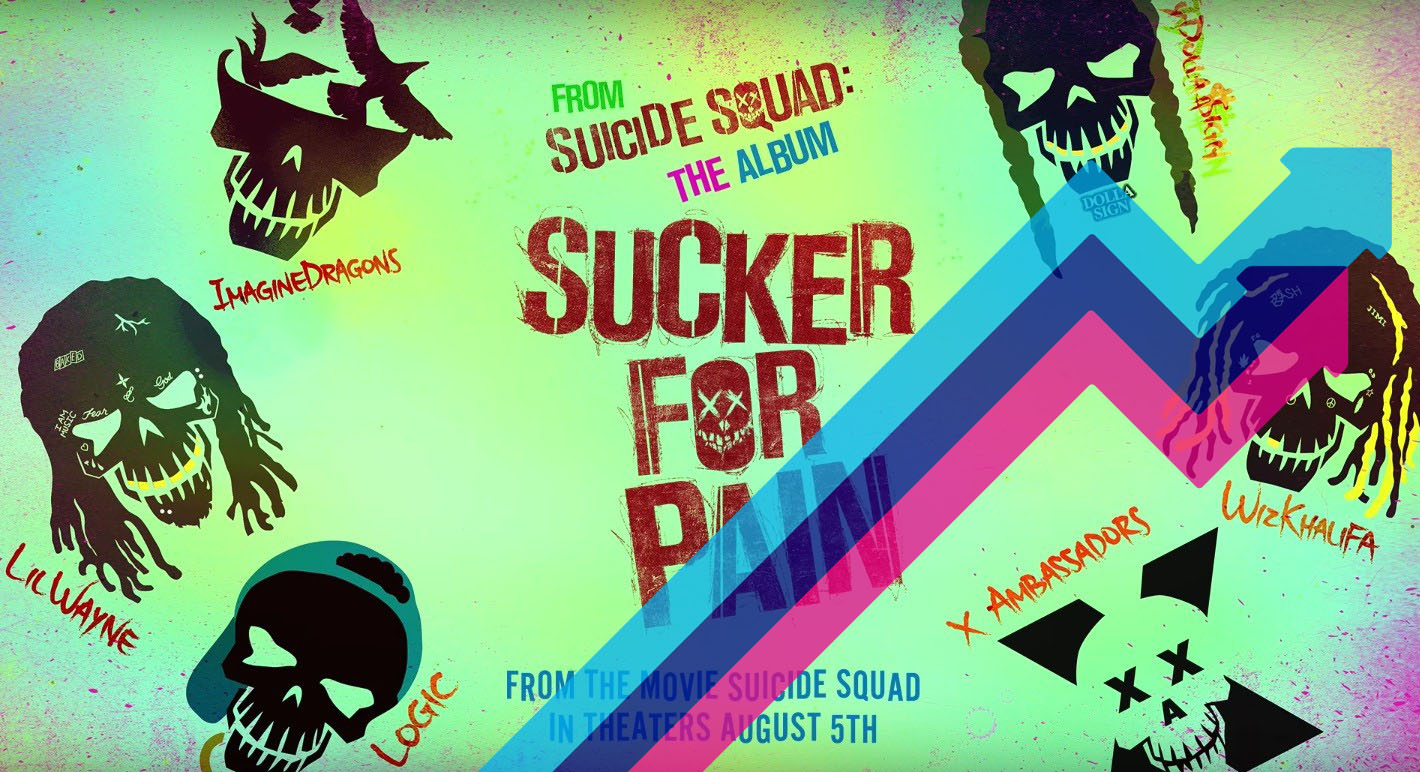 Lil Wayne, Wiz Khalifa and Imagine Dragons have risen to the top of this week's Official Trending Chart with their new collaboration.

Sucker For Pain tops the countdown of songs making an impact on the UK this week, based on movement up the Official Singles Chart.

Making a big impression is Ellie Goulding's Still Falling For You, taken from the soundtrack to Bridget Jones's Baby – the track looks set to go straight into the Top 20 this Friday (August 26). Also looking good for a Top 20 entry in the Official Singles Chart is Craig David & Sigala's collaboration Ain't Giving Up.

Cheat Codes are making a splash on this week's trending rundown with the follow-up to Top 10 hit Sex – Let Me Hold You (Turn Me On), with Dante Klein, is currently up 36 slots inits fourth week in the Top 40.

Elsewhere, Shawn Mendes' Mercy is set to be a new entry this week, while Matoma and Becky Hill's False Alarm is on its way up the Official Singles Chart.

Michael Bublé's Nobody But Me and former Saturdays' singer Mollie King's debut solo single Back To You are both set to be new entries this Friday, and Offaiah's Trouble also makes gains and appears on this week's trending tally.

Other tracks making an impact in the UK this week are Izzy Bizu's White Tiger, Metallica's Hardwired, and Elle King's Ex's & Oh's.