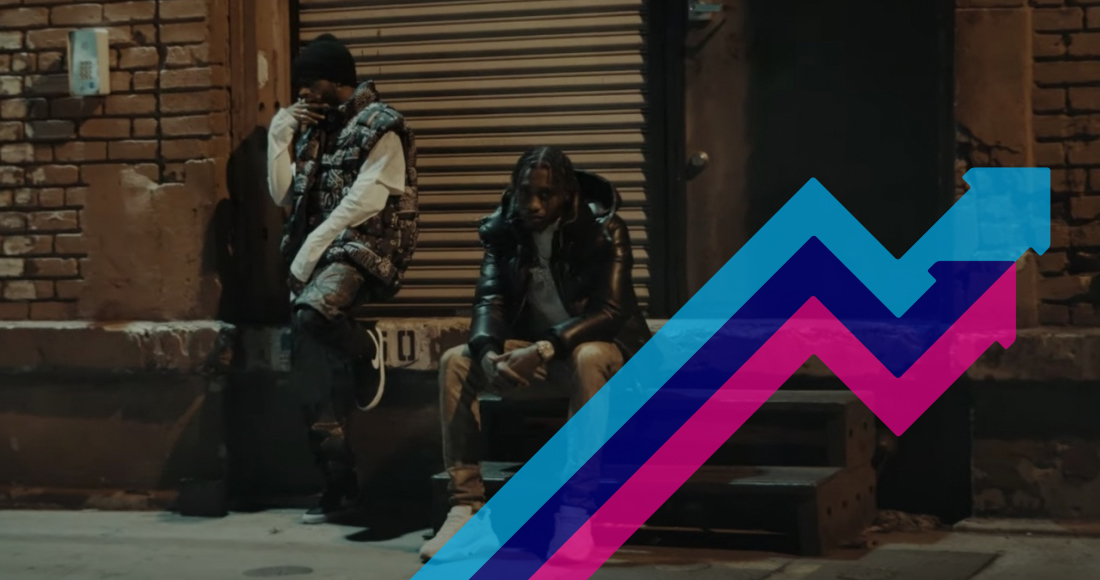 Lil Tjay & 6LACK dial up to Number 1 on the Official Trending Chart with their huge new single Calling My Phone.

The track has flown straight to the top of the Top 20 biggest trending singles in the UK following a huge reaction since its release, which has seen it making waves across streaming services globally.

Originally teased by rapper, singer & songwriter Lil Tjay back on December 18, the song has been a couple of months in the making as Tjay shared snippets with fans across social media.

After bringing on 6LACK for the feature, hype for the track grew as the pair continued to share teasers of information about the song and its video up until the day of release (February 12). The song's lyrics about an ex that won't stop getting in touch also make it an attention-grabbing choice to drop on Valentine's weekend.

Currently in position to overtake Olivia Rodrigo's Drivers License at Number 1 on the Official Singles Chart, Calling My Phone would be both Lil Tjay and 6LACK's first UK chart-topper if it holds on. Lil Tjay has some Singles Chart success already, having featured on the late Pop Smoke's Top 5 single Mood Swings released in mid-2020.

Lil Tjay also scooped a Top 40 album in 2019, True 2 Myself. His other previous collaborators include The Kid Laroi, Lil Tecca and French Montana.

MORE: Slowthai out in front for this week’s Number 1 album with Tyron

As for 6LACK (pronounced Black - the 6 is a stylistic choice representing the "personal connection" he has to the number, including his place and month of birth), this will be his first hit to reach the Official Singles Chart Top 40, though he did land a Top 20 album in 2018 with East Atlanta Love Letter, his second studio album.

A hit single in the UK has been a long time coming for singer & rapper 6lack, who's been nominated for three Grammy awards and won an MTV Video Music Award, collaborated with hosts of acts from the legendary Elton John and Gorillaz to chart stars including Khalid, Normani, Ty Dolla $ign and Selena Gomez among many more.