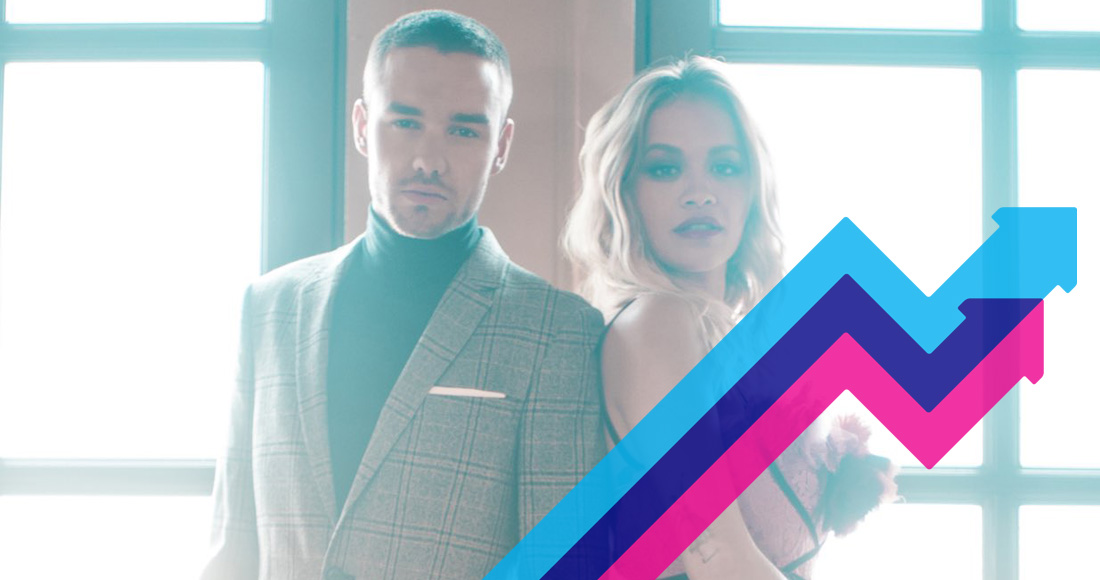 Liam Payne and Rita Ora's brand new collaboration For You leads the way at Number 1 on this week's Official Trending Chart.

The track leads the Top 20 chart of songs that are making a big impact in the UK this week, based on movement up the Official Singles Chart since the previous Friday (full chart methodology can be found at the bottom of the page).

The track, which will feature in the upcoming third and final instalment of the Fifty Shades franchise, Fifty Shades Freed, is on course for a Top 5 debut on this week's Official Singles Chart, currently at Number 5 in the latest sales flash.

Bruno Mars also makes a strong entry on this week's Official Trending Chart with his Finesse remix. The track, which has been re-worked to feature rapper Cardi B, serves as the fourth single from his latest album 24K Magic. The track could earn Bruno his eleventh Top 10 on the Official Singles Chart this week, currently at Number 9.

Also making waves this week is Justin Timberlake with his brand new single Filthy. The lead single from his forthcoming album Man Of The Woods is at 13 in the midweeks and is set to earn him a 25th UK Top 40 single this Friday (Jan 12). Check out his Top 20 biggest songs on the Official Chart here.

Rapper Kendrick Lamar also makes it into the latest trending Top 20 with his new SZA collaboration All The Stars, taken from the upcoming soundtrack for the Marvel film Black Panther.

Meanwhile, DJ/producer Jax Jones makes big gains with Breathe ft. Ina Wroldsen as it continues to scale the Top 40, Dua Lipa's new single IDGAF is already on the rise, and two songs from The Greatest Showman film feature as the soundtrack continues to grow in popularity, currently vying for Number 1 on this week's Official Albums Chart.