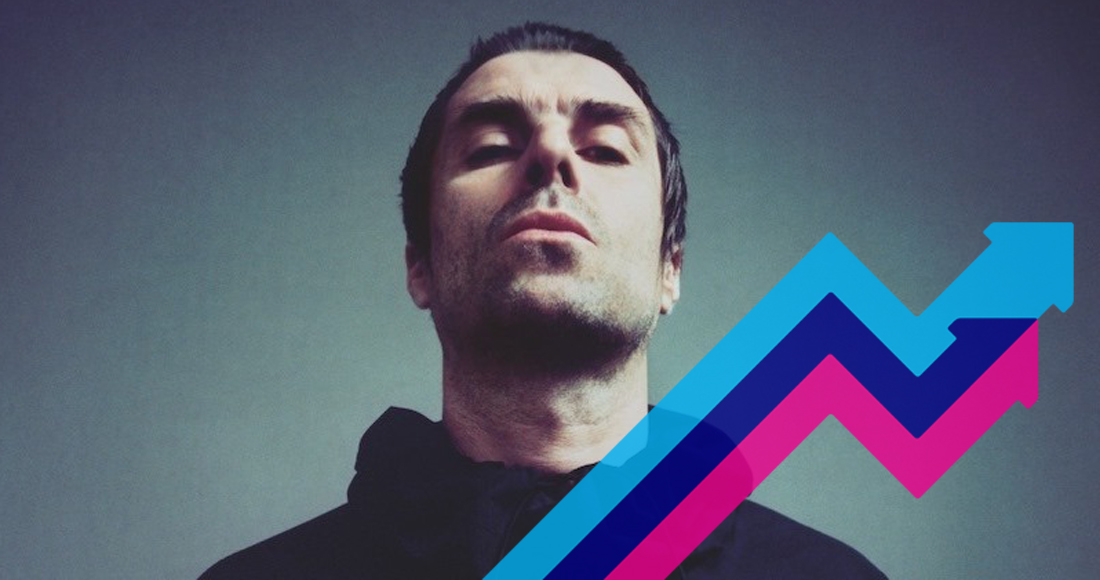 Liam Gallagher's new single Shockwave is making a big impact in the UK this week as it lands at Number 1 on the latest Official Trending Chart.

The latest track by the former Oasis frontman was officially released last Friday (June 7) after he premiered it at a London gig earlier in the week. It's the first taster of his forthcoming album, titled Why Me? Why Not.

Shockwave, which continues the classic British rock sound of his 2017 solo debut album As You Were, is heading for a strong debut on this week's Official Singles Chart, currently at Number 9 in the latest sales flash.

Liam is also the subject of new documentary film Liam Gallagher: As It Was, which was released on June 6.

North London rapper MoStack has two big entries on this week's trending Top 20 - Shine Girl ft. Stormzy and Stinking Rich with Dave and J Hus are proving popular cuts from his newly released debut album Stacko, which is heading for a Top 5 debut on the Official Albums Chart.

Elsewhere, BTS and Charli XCX's surprise new collaboration Dream Glow is making waves following its release last week and is currently on the cusp of a Top 40 debut, while Bastille enjoy a surge for their single Joy following a performance on The Graham Norton Show.

Further down, after 14 weeks inside the Official Singles Chart Top 100, AJ Tracey's Ladbroke Grove returns to the trending chart as a remix looks set to send it into this week's Top 40 for the first time.