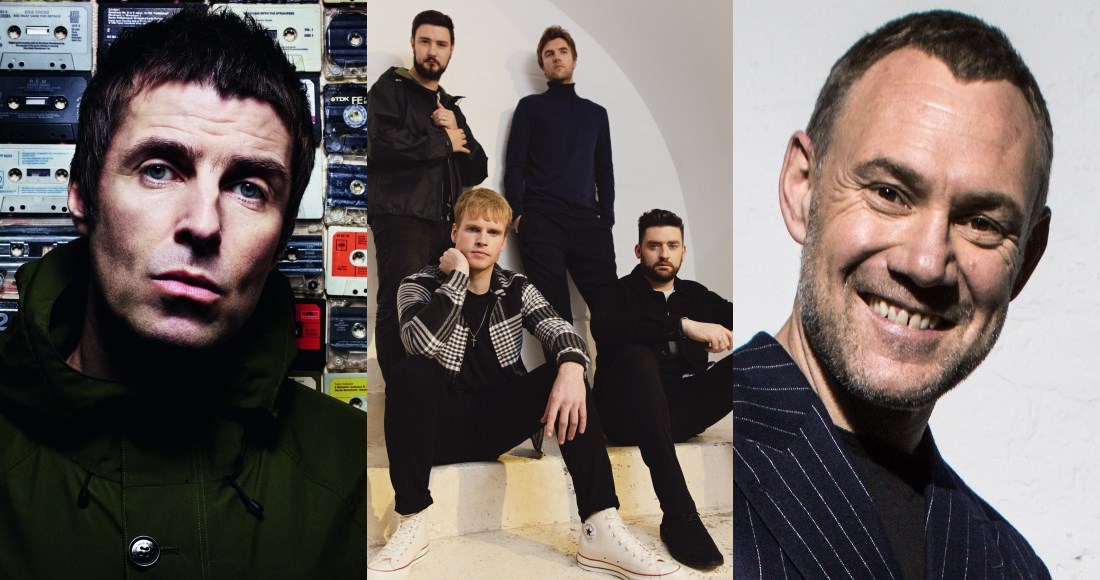 Liam Gallagher, Kodaline and David Gray are neck-and-neck in the race for this week's Number 1 on the Official Irish Albums Chart.

A three-horse race of chart heavyweights has emerged following the weekend's initial sales, with a very different journey to the charts for all three releases.

Liam Gallagher enjoys a narrow lead at the midweek stage with his live album MTV Unplugged. The collection was to be released on April 24 but was pushed back so that the vinyl could be released simultaneously. MTV Unplugged will mark Liam’s second chart-topping solo album in Ireland following his 2017 debut As You Were.

Kodaline are at Number 2 currently with their fourth studio album One Day At A Time. Only available digitally at the moment due to the coronavirus pandemic, the Swords group are just 65 chart sales behind Liam, and lead on downloads. Kodaline's first three albums In A Perfect World, Coming Up For Air and The Politics of Living all debuted at Number 1.

MORE: Acts that reached Number 1 on the Official Irish Albums Chart with all of their studio albums

Number 3 at the halfway point of the week is David Gray's legendary album White Ladder. The bestselling album of all time in Ireland, the record is enjoying a resurgence after the documentary David Gray: Ireland’s Greatest Hit aired on RTÉ One last Thursday night.

White Ladder re-entered the Top 50 last Friday at Number 30, racking up the most downloads of the week, impressive considering the documentary's broadcast ended just 45 minutes before the chart's sales window closed. White Ladder was Number 1 for six weeks in January and February 2000.