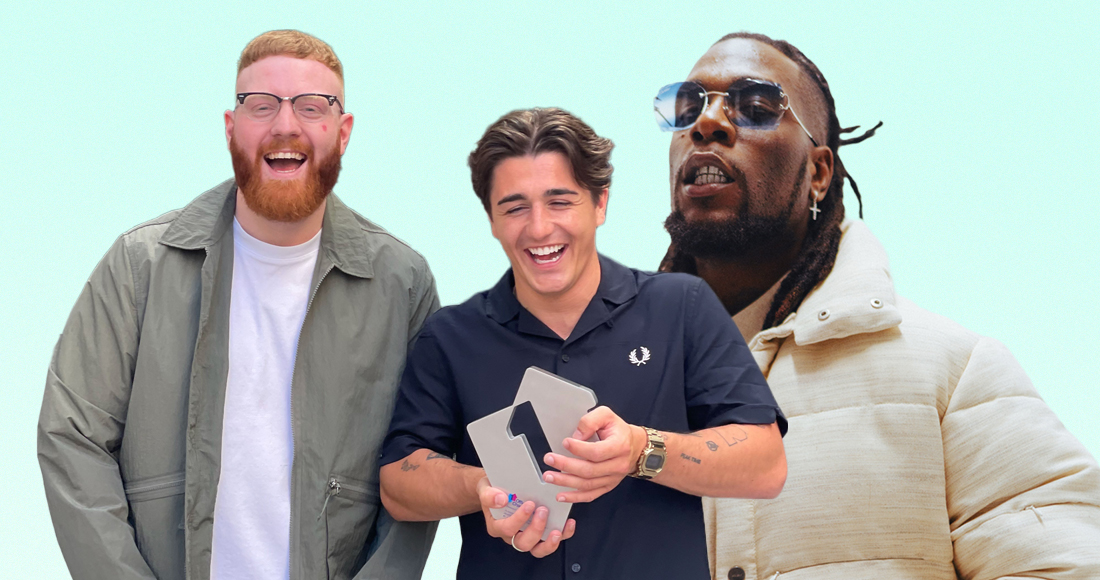 LF SYSTEM have secured a third consecutive week at Number 1 on the Official Singles Chart with Afraid To Feel.

The Scottish DJ duo once again have the most-streamed track in the country – Afraid To Feel retains its chart-topping status with over 6.7 million streams to its name, succeeding in keeping nearest rival Harry Styles and As It Was at Number 2. It’s also the most bought song of the week on digital downloads. See LF SYSTEM’s Official Charts history in full here.

But has a challenger for the crown just made themselves known? After weeks of upward trajectory, Afrobeats legend Burna Boy cracks the Top 5 for the first time with the fast-rising Last Last. Jumping up three spots to a new peak of Number 4, it’s his first solo Top 5 record in the UK (having previously featured on Stormzy’s 2020 chart-topper Own It with Ed Sheeran.) Can it go even further next week?

It’s another great week for Ella Henderson on the Official Singles Chart, who reaches new peaks with two Top 10 singles; Crazy What Love Can Do with David Guetta and Becky Hill climbs to Number 6, while 21 Reasons with Nathan Dawe is up to Number 9.

MORE: Check out this week's Number 1 on the Official Albums Chart

Elsewhere, OneRepublic’s Top Gun: Maverick theme I Ain’t Worried reaches its highest peak yet (13), as does Sigala and Talia Mar’s Love Island anthem Stay The Night (15). Also reaching its best position yet on the Official Singles Chart is Derbyshire rapper Bru-C and his breakthrough single No Excuses, which enters the Top 20 for the first time (17).

Doja Cat also skips up one to a new peak with Elvis anthem Las Vegas (24), while this week’s big gainer is American R&B rising star Steve Lacy, who vaults up an impressive 44 slots to crack the UK Top 40 for the first time ever with Bad Habit (25). Tiesto and Charli XCX also have a late-summer hit on their hands with the fiery Hot In It rising two to a new peak (27).

Ed Sheeran is also celebrating an impressive chart milestone this week; synth-inspired former Number 1 hit Bad Habits claims its 52nd consecutive week inside the UK Top 40 this week (39), meaning the song has now spent a full year inside the Official Singles Chart. It previously spent 11 weeks at Number 1, and was named the biggest song of 2021 by the Official Charts Company.