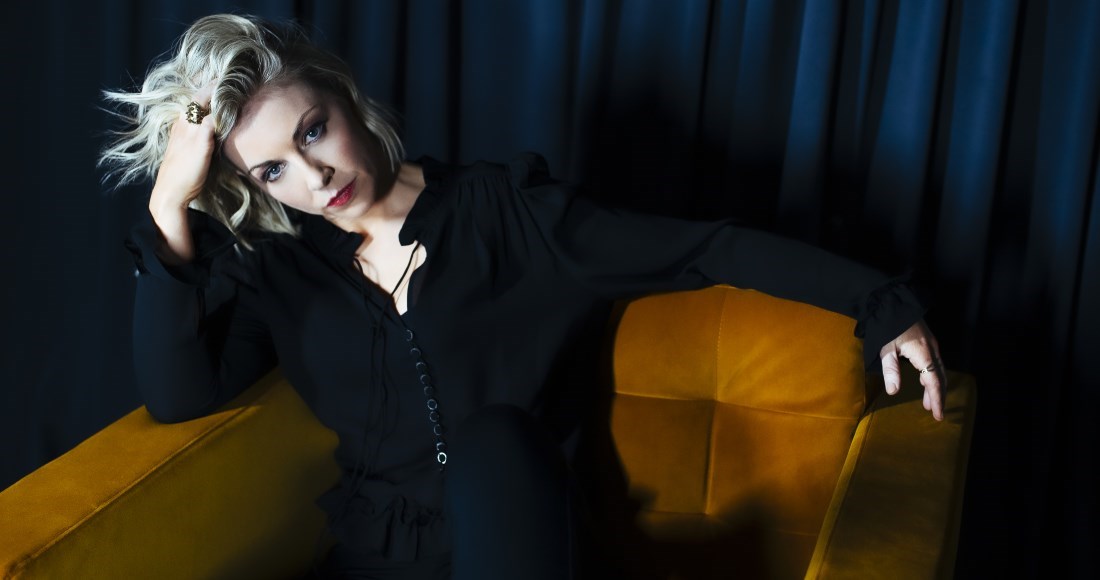 Lesley Roy is looking to pull off an unprecedented performance of her single Maps when representing Ireland in Rotterdam at the 2021 Eurovision Song Contest.

Speaking to OfficialCharts.com/Ireland, the New York-based, Balbriggan native shared more details about her plans for Maps' ultra-important staging on the night, and how the track came to be, with its key message reflecting "how a lot of people have felt that want and need to come home" as a result of the pandemic.

Lesley has partnered with Swedish choreographer Fredrik 'Benka' Rydman, who was behind the staging for Mans Zelmerlow's winning song Heroes in 2015, to bring Maps to life on the Eurovision stage. And the partnership came about after a plucky slide into his DMs.

"It was very basic actually and just from a direct message," Lesley, who has been back in Ireland for four months, told us over Zoom. "I feel like one in every ten of those works! I lived in Stockholm for a long time, I have a lot of invested routes in Sweden. When I started thinking in November of how I was going to piece [the performance] together, I put together a dream list.

"I had been a fan of Mans’ performance from the get-go like millions of other people. I reached out to Benka and said ‘you probably get every country asking you every year, but would you check out the Irish entry, I wrote it in Stockholm a few weeks ago’. He got back to me straight away, he loved it and we worked on the idea literally the next day.

“It will just be me on stage and what we’re trying to do, I’ve never seen on the Eurovision stage before."

Lesley was due to represent Ireland in the contest last year with the self-love anthem Story of My Life, but when the contest was cancelled, had to come up with a new song due to the competition's rules. Lesley told us she is "grateful in a very odd way" for the twist of fate that meant she had to record a new track; "There is no Maps without Story of My Life," she explained. "It’s not one over the other".

Being pushed harder than ever to get the perfect song, she admits she did get lost in the writing process.

"I had been working on a lot of songs to try and elevate from last year. As you say, so many people are comparing the songs of every artist going into this, we’ve been representing for two years essentially.

"I wanted to make sure I tried every single kind of format that I could, so I would know that whatever song I would come out with at the end of all of the sessions, that I knew at least I tried everything and this was the best I could present for Ireland.

"Because I tried so many things, I was actually starting to get a little bit lost within the writing and within the sound and with thinking so much about what other people would want. I started to lose any sense of sonically who I was or what I wanted the song to be. It was within that moment of feeling lost and looking inward that I thought ‘what am I trying to say and what do I want this to sound like?' Maps came from that lost feeling and how you look inward and find that sense of home and what is true to you."

So far, the Irish public have resonated strongly with the message of Lesley's track. Following Maps' release day premiere on RTÉ 2FM and Lesley's performance of the track on RTÉ One's The Late Late Show, the song peaked at Number 3 on the Official Irish Homegrown Chart, and has so far racked up four weeks in the Top 10.

"That was huge," Lesley beamed to us. "I was blown away, shocked, delighted… I felt very rewarded. The response is even greater than I expected. I’ve never reached that high in any charts! I’ve luckily had my toe in the water in the States and have felt a similar feeling but to have this in the Irish Charts with this song and what it means was so, so great."

Lesley Roy will perform Maps in the first Semi-Final on Tuesday May 18, placing seventh in the running-order. The Eurovision Song Contest Grand Final takes place on Saturday May 22.