It is hard - very hard - to write a good Christmas song in the modern-day, let alone one that not only stays in the public consciousness but grows in popularity year in, year out.

But Leona Lewis struck gold in 2013 with One More Sleep, the rare kind of festive song that has now become a staple in Britain as soon as December comes around. It's becoming as recognisable as your Mariah's and your Wham!'s, and its stature will only grow as time goes on.

We hopped on the phone with her to discuss the important issues of the day - namely, if she thinks One More Sleep would beat Kelly Clarkson's Underneath The Tree in a fight (the answer may surprise you).

Hi Leona! It's been a hot minute. How does it feel to be back?

Oh my gosh, it feels so good! It's been a while since I've released new music and I've wanted to share it for a while, but the timing has to be right. I just felt like this was it...especially around Christmas. I've been wanting to add some new songs to the record for a while.

With the continued success of Christmas, With Love and One More Sleep they've had extraordinary legs on the chart - One More Sleep re-entered the Top 20 of the Official Singles Chart last year, very rare for a modern Christmas song.

It's the Christmas gift that keeps on giving! I always get people sending me voice notes when they're in the shop and One More Sleep will come on. They'll all message me like 'it's started!'

We also cannot talk about One More Sleep without mentioning its X Factor performance the year it came out. Incredibly camp.

I am camp! I wanted to be the fairy on top of the tree and got my wish. My heart lives in those big ballads [like Bleeding Love and Run] but I wanted to do something that was so different from what I would usually do.

Christmas, With Love was originally released in 2013, back when established music acts didn't really release Christmas music. Now they're all the rage. Do you feel a bit prophetic? 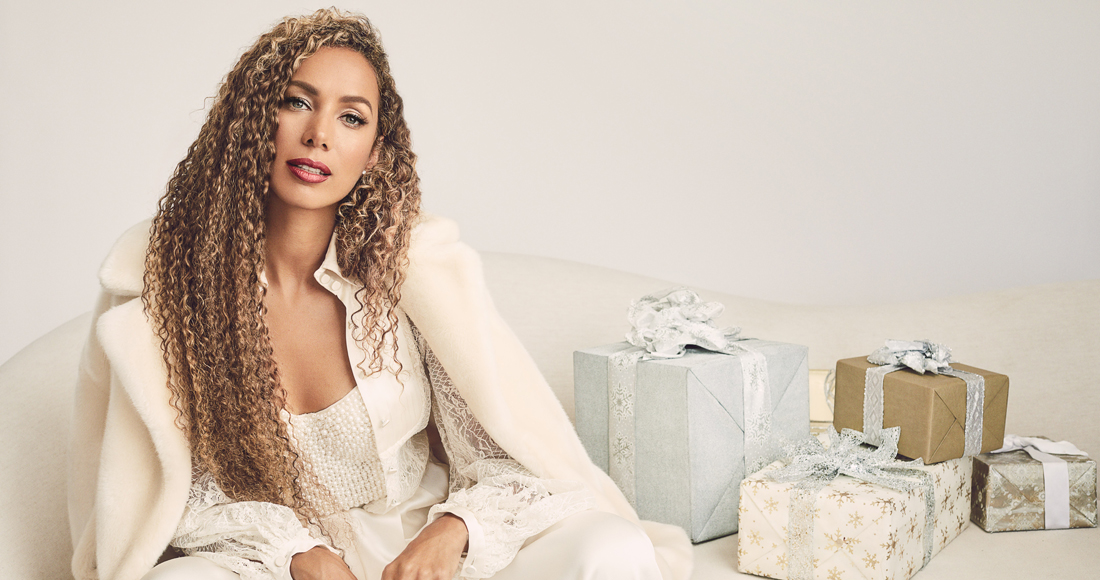 MORE: One More Sleep is one of the UK's top 40 most-streamed Christmas songs of all time

If One More Sleep and Kelly Clarkson's Underneath The Tree met in the street and had a fight, who do you think would win?

I do love that Kelly Clarkson song, not going to lie, but I think One More Sleep is very distinctly British. That's what I love about it. Like, even one more sleep [the phrase] is a very British thing to say. I feel like because of that fact, One More Sleep would win.

So what you're saying, Leona, is that you've beaten Kelly Clarkson to a figurative, festive pulp.

I do love that Kelly Clarkson song, though! It's so good. So good.

Looking past Christmas for a second, will there non-festive new music within the near future from you?

Yes, there is. I'm really excited about it. I'm in the studio right now...well I'm always in the studio but I'm working on a project at the moment. I feel very moved by it, I'm writing about things so meaningful and personal to me. I'm hoping that flourishes into something.

Have you ever thought about dropping a big, disco banger?

Oh, trust me, I have thought about that. That has definitely crossed my mind more than once!

Christmas, With Love Always is out now.