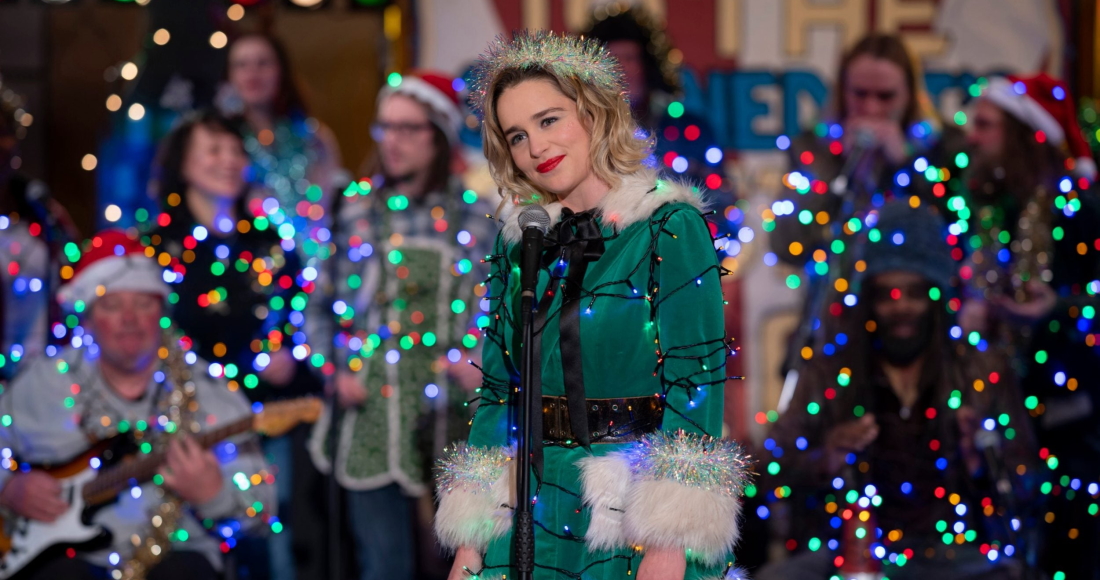 Christmas has come early on the Official Film Chart as Last Christmas soars in at Number 1.

Starring Emilia Clarke, Henry Golding and Emma Thompson, Last Christmas features the music of George Michael and Wham! - George Michael gave his blessing for the production ahead of his untimely death in 2016 - the film returns to the Official Film Chart this week as film fans make an early start in the countdown to Christmas. The 2019 film previously peaked at Number 3 on its original home entertainment release at March.

Rogue One: A Star Wars Story flies in at Number 2 following a 4k re-release; the 2016 spin-off of the Star Wars series includes Felicity Jones, Diego Luna and Ben Mendelsohn among its cast and is set directly before Episode IV: A New Hope.

MORE: Mariah Carey's All I Want For Christmas... poised to re-enter Official Chart

Frozen 2 climbs to Number 3 as V For Vendetta leaps in at Number 4; the 2005 movie starring Natalie Portman and Hugo Weaving enters the Official Film Chart for the first time following a 4k re-release in time for bonfire night.

Onward drops to Number 5 while The Nightmare Before Christmas falls four to 6, landing just ahead of crime-drama classic The Untouchables at 7, which enters the chart following the news of Sean Connery’s death aged 90.

The Invisible Man lands another week in the Top 10 at Number 8 as last week’s chart topper Hocus Pocus drops to Number 9. Finally, Scoob! rounds off the chart at Number 10.

Catch a preview of Dream Builders in this week’s Official Film Chart online show – the animated adventure is available to Download & Keep from November 16.