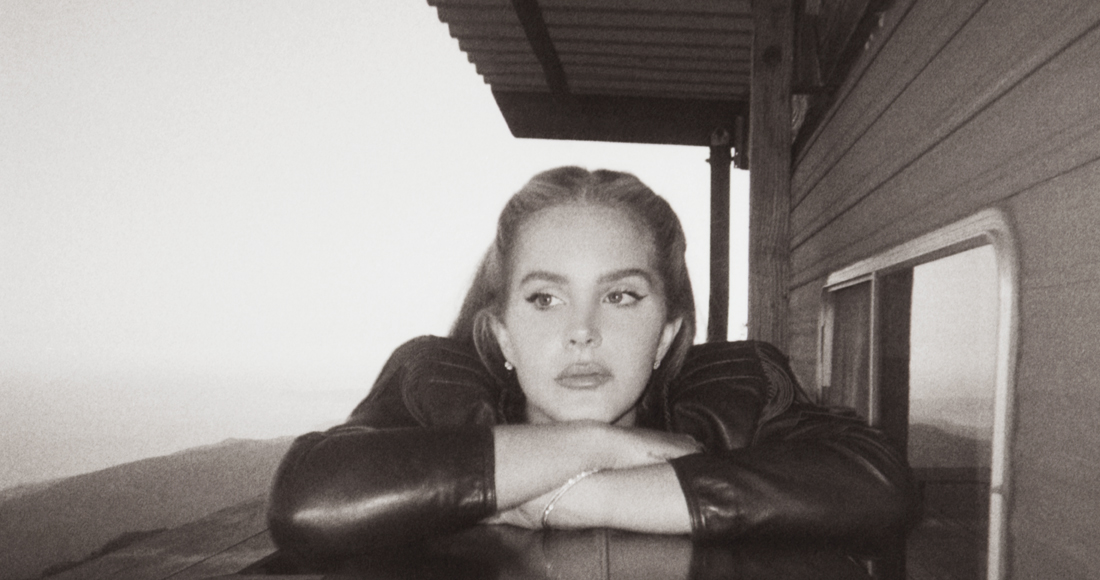 Ever since making her grand entrance to the mainstream in 2011 with the stirring Video Games, Lana Del Rey has been a creature of mystery.

Across her six studio albums (discounting her independently-released record under Lizzy Grant), she has used American pastiche to explore themes of love, addiction and deception via all manner of female characters – from Stepford moll and ‘60s flower-power hippy to surf-rock Instagram baddie and, currently, high society baller on her new album Chemtrails Over The Country Club.

Below, we reveal Lana's biggest tracks in the UK to date, based on sales and streams. Across her 25 songs that have charted inside the UK's Top 100, Lana has amassed 7.1 million chart sales.

The fifth and final single from her debut album Born To Die is pure pop grandeur; a playful take on love as materialism that is best summed up in the line: "Money is the reason we exist/ Everybody knows it, it's a fact/ Kiss kiss!” It's impossible not to imagine the song without its music video, in which Lana plays both Marilyn Monroe and Jackie Kennedy, and A$AP Rocky as JFK.

Title track from her 2017 album has a doo-wop, Motown-inspired sound that took her from adored miserablist to adored optimist. It stands as Lana's eighth biggest track overall, including 22 million streams.

With daisies adorning her hair and defiant lyrics about love conquering all, the lead single from her Lust For Life album is a rare and welcome and well executed uplifting moment in Lana's catalogue.

The trailer for her second album Ultraviolence has a bluesy, grungey feel to it; its echoing Stratocaster guitars and gritty percussion a marked switch-up in sound from lush pop of her debut.

Lana's most recent entry in her all-time Top 10 is also her most commercial pop moment; a collaboration with Ariana Grande and Miley Cyrus for the Charlie's Angels 2019 reboot. Helmed by super producer Max Martin, the finished result didn't quite live up to its hype, but Lana should be commended for not comprimising her moody aesthetic on this slick pop banger.

This trip-hop-meets-surf-rock ballad, which served as the third single from Born To Die, is a powerfully atmospheric ode to a bad boy lover.

Originally meant for her Born To Die: Paradise album, this sweeping and lush ballad was later released as part of The Great Gatsby movie soundtrack in 2013. Written by Lana and legendary songwriter Rick Nowels, Young and Beautiful was key in establishing her in America, where it became her first Top 40 single. In the UK, it ranks as her fourth biggest track.

The title track of Lana’s debut album followed her massive debut single Video Games and proved she was more than a one-trick pony. About a doomed relationship and packed with apocalyptic lyrics, it’s a signature song in Lana’s cannon. The accompanying music video sees Lana in the arms of a tattoo-clad man (model Bradley Soileau), who Lana said was cast because he reminded her of the ex-boyfriend the song was about. Amazing.

Lana caused quite a stir when she appeared, seemingly out of nowhere, with Video Games. It's sighing melancholy, beguiling melody and haunting vocal delivery was unlike anything seen in pop before. Who was she? What was her story? And was it genuine? None of it mattered, because Video Games is a magnificent track.

As is often the case with Lana, her biggest successes arrive when you least expect them. A year and a half after the release of her Born To Die album, the wistful album cut Summertime Sadness had new life breathed into it by French house producer Cedric Gervais (apparently unbeknown to Lana), sending the song Number 4 on the Official Singles Chart – her highest peak on the UK Top 40. The song's 1.53 million chart sales figure includes a mega 95.5 million streams.