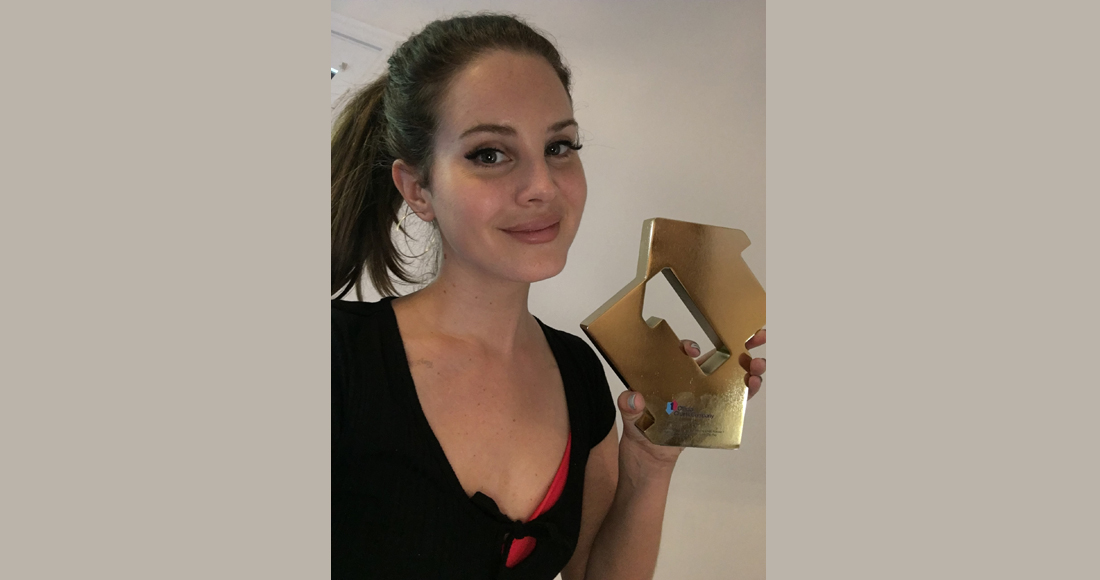 Huge f**king congratulations to Lana Del Rey, who goes straight in at the top of the Official Albums Chart this week with Norman F**king Rockwell.

The US singer-songwriter now has four UK Number 1 albums to her name, and Lana finished over 12,000 chart sales ahead of her nearest rival, Ed Sheeran, who remains at Number 2.

Two-thirds of Lana's final tally came from physical sales, while Ed's No 6 Collaborations Project is the week's most streamed album.

US rock band Tool return to the Official Albums Chart for the first time in over 13 years, with Fear Inoculum going in at 4, and Oasis' debut Definitely Maybe rockets back into the Top 10 thanks to a 25th anniversary reissue, up 50 places to 6, its highest position since 2014.

Kasabian's Serge Pizzorno has a new entry with the debut album of solo project The S.L.P. at 7, and British rapper Kano is new at 8 with Hoodies All Summer, his second Top 10 album; while Sheryl Crow returns to the Top 10 for the first time in 16 years with her final album Threads, straight in 10.

Now available on physical format, Bon Iver's i,i zooms up the chart 93 places to Number 11, and US rapper Lil Tecca's debut We Love You Tecca is in at 15.

After the release of his Netflix documentary Look Mom I Can Fly, Travis Scott's Astroworld leaps 59 places to 24, and and Lizzo's Cuz I Love You rises eight slots to 40, giving the American rapper-singer-songwriter her first UK Top 40 album.