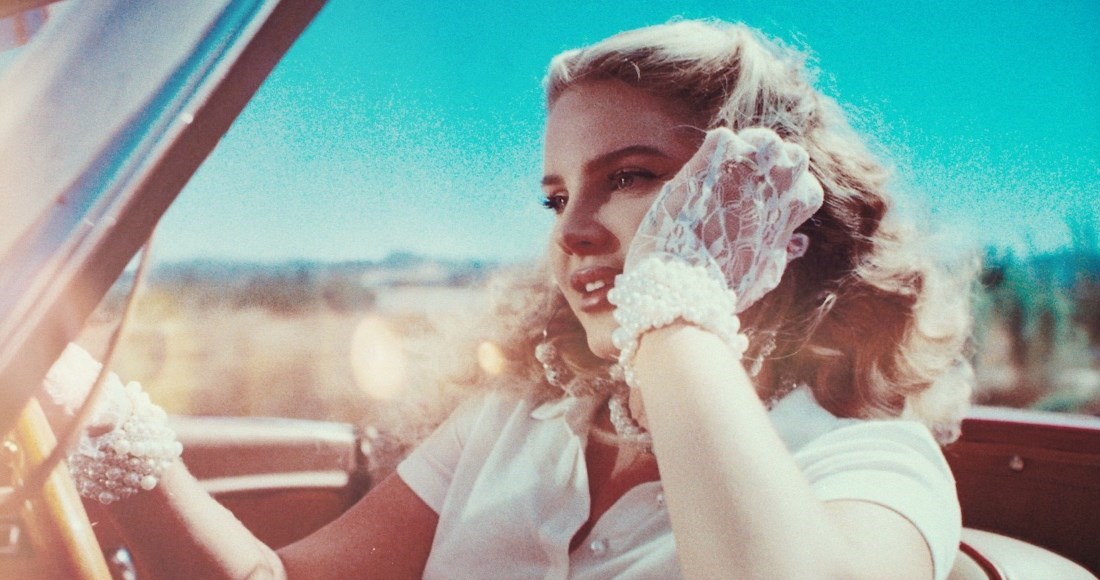 Lana Del Rey is well on her way towards her fifth UK Number 1 album with her latest record Chemtrails Over The Country Club.

The US singer-songwriter’s seventh collection is outselling the rest of the Top 10 combined on today’s Official Chart Update, racking up the most physical and digital sales so far this week.

Chemtrails Over The Country Club’s currently tally of 34,000 chart sales has already surpassed the entire first-week sales of her previous three albums, making this Lana’s strongest start to a campaign since 2014.

Lana Del Rey has previously topped the Official Albums Chart on four occasions with Born To Die (2012), Ultraviolence (2014), Lust For Life (2017) and Norman F**king Rockwell (2019). See where all Lana Del Rey’s hit albums and singles have charted in the UK.

The most streamed album this past weekend was Justin Bieber’s sixth album JUSTICE, in at Number 2 midweek, ahead of Bob Dylan boxset 1970 at Number 3, which could mark the 79-year-old’s 41st UK Top 10 album. Rounding out an all-new Top 4 is Sting’s collaborative album Duets, which is on track to become his highest-charting release in 17 years since 2003’s Sacred Love.

Brighton alternative rock band Black Honey are on track to secure their first Top 10 album with Written & Directed (7), while Barnsley heavy metal outfit Saxon are hoping for their highest-charting album since 1981 with Inspirations (11).

Arcade Fire & Owen Pallett’s Her, soundtrack to the 2013 movie of the same name starring Joaquin Phoenix and Scarlett Johansson, was never commercially available until this past Friday, and its vinyl and streaming release sees it heading for the Top 40, currently at 20.

Posthumous Chris Cornell album No One Sings Like You Anymore, Vol. 1 is heading for the Top 40 after its physical release (26), while Americana singer Steve Earle and the Dukes are on course for their third Top 40 appearance with J.T. (27) – a farewell to Steve’s son Justin Townes Earle who passed away earlier this year.

Plus after being surprise-released in December, the physical rollout of Ryan Adams’ latest album Wednesdays is propelling it to a Top 40 placement (35).

Finally, more collections looking to secure a position in this Friday’s Official Albums Chart Top 40 include Ringo Starr’s new EP Zoom In at Number 36, and Drill Commandments, credited to hip hop collective OFB and its prominent members Bandokay and Double Lz at Number 37.