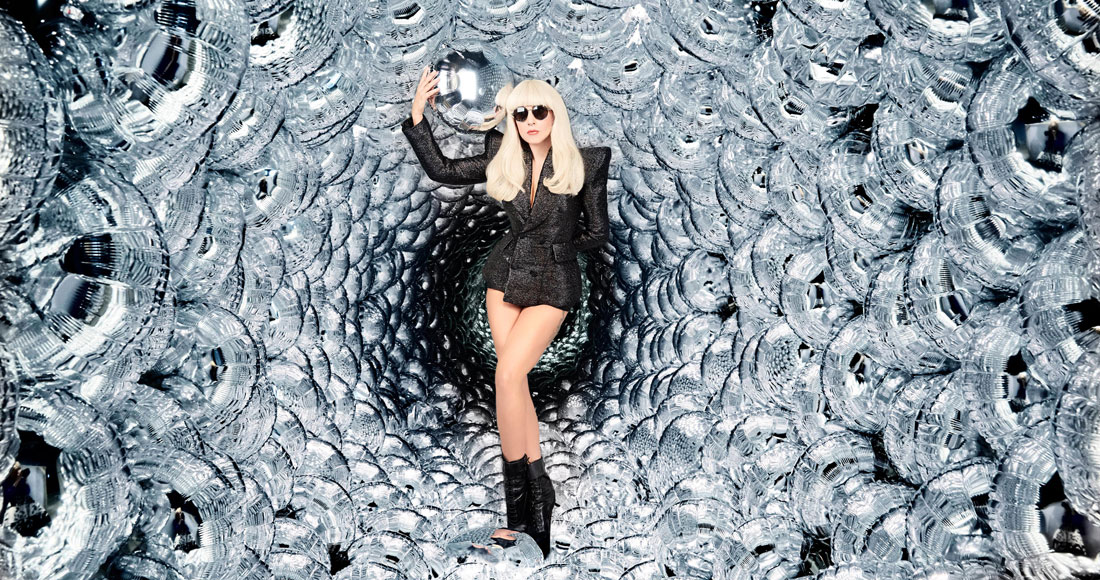 Lady Gaga is heading for her third UK Number 1 album this weekend with ARTPOP, while Celine Dion and Little Mix look set to debut in the Top 5.

Lady Gaga is on course for her third UK Number 1 album this weekend, the Official Charts Company can reveal.

The US singer looks set to knock reigning Official Albums Chart king Eminem off the top spot with her latest studio full-length, ARTPOP.

Counting sales up to midnight last night, ARTPOP has sold nearly 47,000 in its first two days of release in the UK. It currently has a lead of more than 17,000 copies on its closest competitor - Celine Dion’s Loved Me Back To Life (Number 2).

Eminem slides two places to Number 3 with The Marshall Mathers LP 2, while 2011 X Factor winners Little Mix are new in at Number 4 with their second album, Salute.

In addition to Lady Gaga’s ARTPOP (Number 1), Celine Dion’s Loved Me Back To Life (2), Little Mix’s Salute (4) and The Killers’ Direct Hits (5), there are eight other new entries on today’s Official Albums Chart Update.

English tenor Alfie Boe is heading for his fourth consecutive Top 10 album this weekend with Trust (7), while The Beatles’ On Air - Live At The BBC Volume 2 is new in at Number 8. The album features 63 previously unreleased tracks from The Fab Four’s 1963-64 BBC Radio broadcasts. Keane’s new Greatest Hits collection, The Best Of, debuts at Number 10, while Sir Cliff Richard’s The Fabulous Rock ‘N’ Roll Songbook - which sees the chart legend revisiting his rock ‘n’ roll roots for his 100th album - is at Number 11 on today’s Update.

Meanwhile, Daniel O’Donnell is on track for his 30th UK Top 40 album this weekend with A Picture Of You (Number 14). The Irish singer/songwriter has achieved at least one Top 40 album every year since 1991, which is an Official Chart record. This week’s new entries are completed by Russell Watson’s Only One Man (Number 19), Erasure’s Snow Globe (21) and the re-mastered edition of The Beatles’ first Live At The BBC album is at 38.