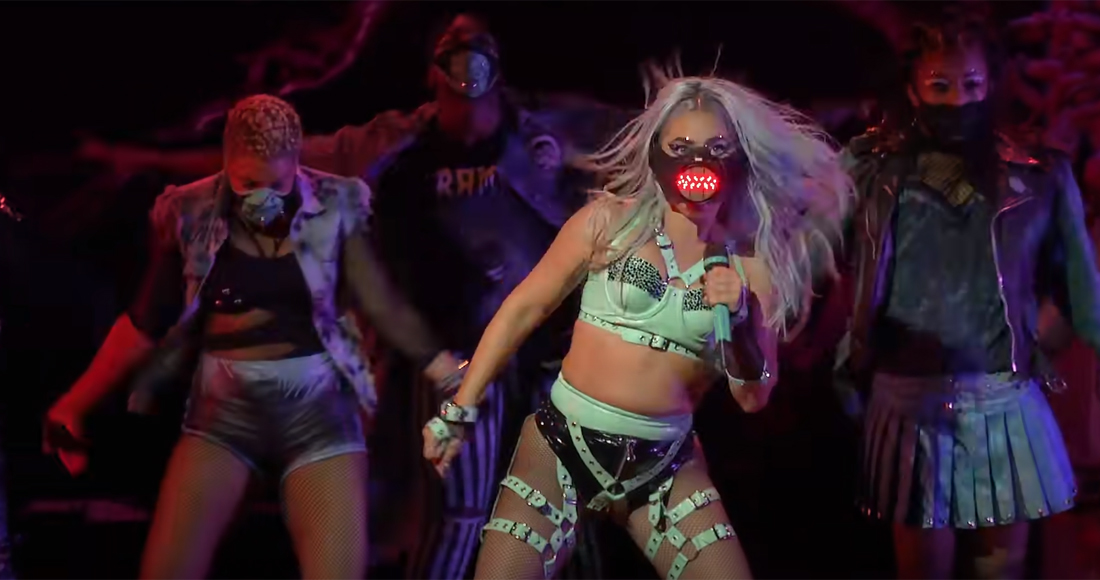 Lady Gaga has confirmed the next single from her Chromatica album as 911, revealing she has filmed a music video for the track.

In an interview with Billboard, Gaga said a visual for the song was shot in August and that she felt more alive when filming it than at any other point during the making of Chromatica.

911, which Gaga co-wrote with Bloodpop, Justin Tranter and Madeon, is about the battle between mind and body, with 911 referencing her antipsychotic medication, olanzapine.

MORE: The female artists with the most Number 1 albums in the UK

"Freedom for me is when I can go to the darkest part of my heart, visit things that are hard and then leave them behind,” she said of the song. "Give them to the world, and spin all the pain into a puddle of gold."

Gaga performed 911 at the MTV VMAs earlier this month, as part of a medley with her previous chart-topping single Rain On Me.