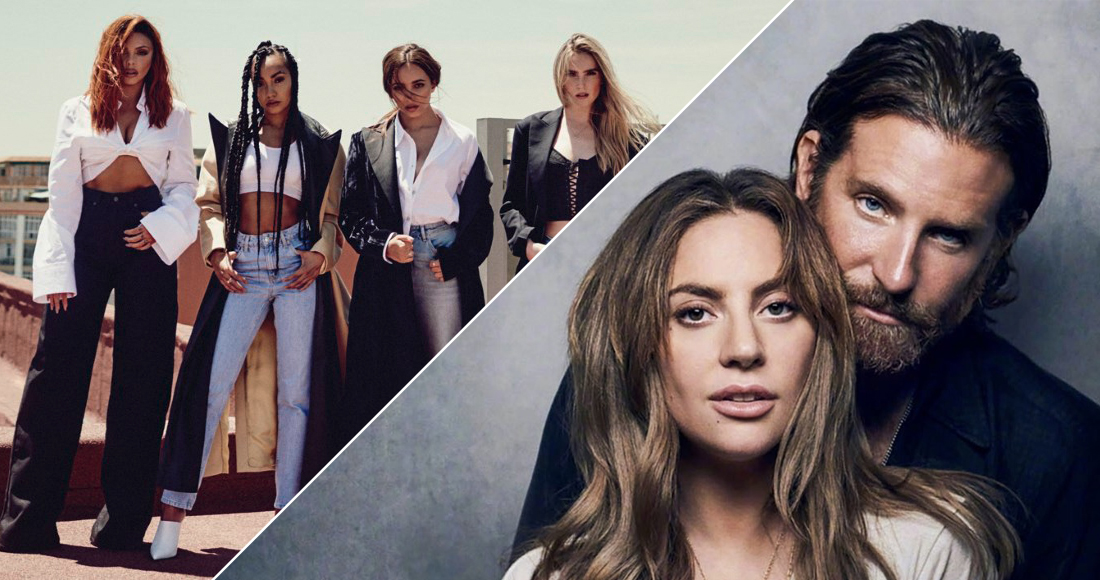 Lady Gaga and Bradley Cooper have won the closest chart race of 2018 on the Official Irish Albums Chart.

Despite massive competition from three major new releases, the cast recording to A Star Is Born spends a seventh consecutive week at Number 1, doing so by just SIX combined chart sales.

Ahead of the pack all week, Little Mix were hoping for their third consecutive chart-topping album, but LM5 misses out by the closest of margins to start at Number 2. Mumford & Sons’ string of consecutive Number 1 albums (three) also ends – at least for now - as Delta opens at Number 3, and Michael Bublé takes out his eighth Top 10 album in a row with Love, which debuts at 4.

Two Irish acts appear in this week’s Top 10 as new entries – The Last Goodbye from folk singer Christie Hennessy and the RTE Concert Orchestra bows at Number 9, while the curtain falls on Boyzone’s farewell record Thank You & Goodnight at Number 10.

In the Top 20, the 50th anniversary edition of Fleetwood Mac’s makes its mark at Number 15, while the ninth studio album from Mark Knopfler titled Down The Road Wherever impacts at 20.

Damon Albarn-fronted group The Good, The Bad & The Queen make an impression at Number 35 with Merrie Land, while Anderson .Paak’s third studio album Oxnard is right behind at Number 36.